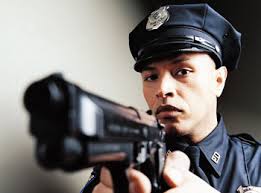 Should the National Football League suspend or ban any player caught assaulting a wife or girlfriend? That seems to be the conventional wisdom since video emerged of running back Ray Rice knocking his wife unconscious in an elevator, even as reports surface that many more NFL players have domestic-abuse records.

While I have no particular objection to a suspension of any length for such players, the public focus on NFL policy seems strange and misplaced to me. Despite my general preference for reducing the prison population, an extremely strong person rendering a much smaller, weaker person unconscious with his fists, as Rice did, is a situation where prison is particularly appropriate. More generally, clear evidence of domestic abuse is something that ought to result in legal sanction. Employers aren't a good stand in for prosecutors, juries, and judges.

Should ex-convicts who abused their partners be denied employment forever? I think not. Our notion should be that they've paid their debt to society in prison. Pressure on the NFL to take a harder line against domestic abuse comes in the context of a society where the crime isn't adequately punished, so I totally understand it. Observing anti-NFL rhetoric, you'd nevertheless get the impression that other employers monitor and sanction domestic abuse incidents by employees.