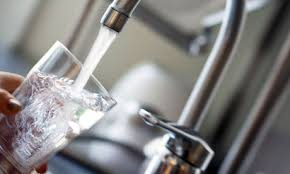 Considering the outcry that occurred when putting fluoride in the water was first proposed, one can only imagine the furor that would ensue if such a thing were ever suggested.

The debate, however, is moot. It's a done deal. Mother Nature has already put a psychotropic drug in the drinking water, and that drug is lithium. Although this fact has been largely ignored for over half a century, it appears to have important medical implications.

Lithium is a naturally occurring element, not a molecule like most medications, and it is present in the United States, depending on the geographic area, at concentrations that can range widely, from undetectable to around .170 milligrams per liter. This amount is less than a thousandth of the minimum daily dose given for bipolar disorders and for depression that doesn't respond to antidepressants. Although it seems strange that the microscopic amounts of lithium found in groundwater could have any substantial medical impact, the more scientists look for such effects, the more they seem to discover. Evidence is slowly accumulating that relatively tiny doses of lithium can have beneficial effects. They appear to decrease suicide rates significantly and may even promote brain health and improve mood.