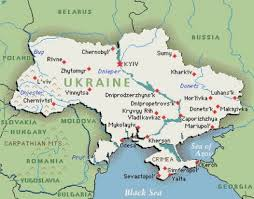 How do we know that this is a lie? Is it because we have heard nothing but lies about Russia from NATO, from US ambassador to the UN Samantha Power, from assistant secretary of state Victoria Nuland, from Obama and his entire regime of pathological liars, and from the British, German, and French governments along with the BBC and the entirety of the Western media?

This, of course, is a good reason for knowing that the latest Western propaganda is a lie. Those who are pathological liars don't suddenly start telling the truth.

But there are even better reasons for understanding that Russia has not invaded Ukraine with 1,000 troops.

One reason is that Putin has invested heavily in diplomacy backed by unprovocative behavior. He would not risk his bet on diplomacy by sending in troops too few in number to have a decisive effect on the outcome.