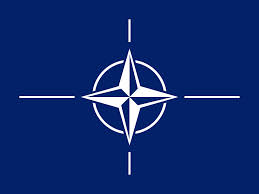 According to the Times (UK), NATO's top military commander has plans to transform an old military base in Poland into a tip of the spear pointed at Russia.

At a briefing in Naples this week, Breedlove outlined his plan to supply the Multinational Corps Northeast, in Szczecin, Poland, with "pre-positioned supplies, pre-positioned capabilities and a basing area ready to rapidly accept follow-on forces," that would support a rapid deployment force of thousands of NATO troops into Russia.

Gen. Breedlove has been pushing an increased NATO presence on Russia's borders to counter what he claims are Russia's "aggressive" actions in the region, stating last month that "we may need to add additional rotational forces to cover the sustained, persistent presence that we are now envisioning."

Although Ukraine is not a NATO member and therefore would not be subject to NATO's Article 5 mutual defense provisions, the Baltics are in NATO and have taken a very hard line against Russia. These countries, along with Poland, have faced a long and steady economic decline and dream of a NATO base on their soil to funnel western funds into their economies.