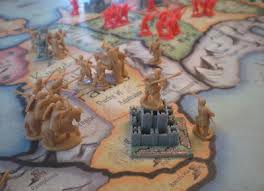 The West is suffering from a bad case of Cold War chills.

Not only are the Western powers worried, they are discovering that they likely lack the means to stop possible Russian incursions into what was the former Soviet Empire.

They should not be at all surprised that Russia is again showing signs of life.

Frederick the Great, the renowned Prussian warrior-king,  warned: “he who tries to defend everything, defends nothing.”

Every young officer should have Great Fredrick’s words tattooed on his right hand. Soon after the Soviet Union collapsed in 1991, a small number of strategists, this analyst included, warned NATO, “do not move east. It’s a bridge too far.”

Soviet chairman Mikhail Gorbachev had agreed to let rebellious East Germany escape Soviet control – but in exchange for NATO’s vow not to push east in previously Soviet dominated areas of Eastern Europe and the Caucasus. The US and NATO agreed, then quickly broke their pledge.

Cuba Demoted To "Not Real Socialism"