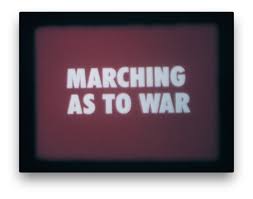 Article Five commits us to war if the territory of any of these tiny Baltic nations is violated by Russia.

No president would have dreamed of waging war with Russia over them. Now, under the new NATO, we must. Joe Biden was affirming war guarantees General Eisenhower would have regarded as insane.

Secretary of State John Kerry says that in the Ukraine crisis, “All options are on the table.” John McCain wants to begin moving Ukraine into NATO, guaranteeing that any Russian move on the Russified east of Ukraine would mean war with the United States.

Forty members of Congress have written Kerry urging that Georgia, routed in a war it started with Russia over South Ossetia in 2008, be put on a path to membership in NATO.