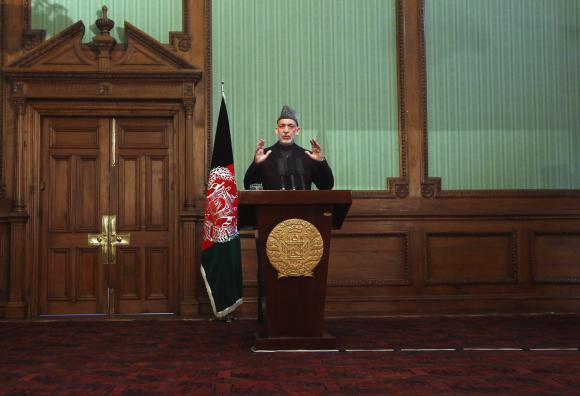 Kabul and Washington spent months negotiating a legal framework for some U.S. troops to stay on after the end of 2014, when NATO-led forces are due to end combat operations, leaving behind a much smaller training and advisory mission.

But Karzai has said he will not sign the agreement unless certain conditions are met.

The delay has frustrated the United States and its allies, who want to plan the post-2014 training and advisory mission.

Both the United States and NATO have said they may be forced to pull their forces out of Afghanistan entirely at the end of this year unless the agreement is signed soon.

Rasmussen acknowledged for the first time on Saturday that he did not expect Karzai to sign the U.S. pact and a similar pact that must be negotiated with other NATO forces.

Instead, he believed Karzai would leave the issue for the president elected in April 5 election.

"I think, realistically speaking, a new president will be the one to sign," Rasmussen told reporters during the annual Munich Security Conference.