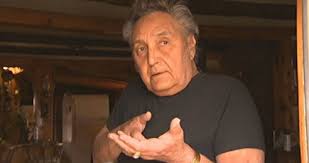 Richard Ahlstrand told WBZ-TV he was stocking his bird feeder Friday night when a bear about seven feet tall and 300-to-400 pounds started chasing him.

That’s when he turned his shotgun on the bear.

“I didn’t have time to aim through the sights, but I aimed in the direction of the head on this thing and I pulled the trigger before it got to me.  It just dropped,” he said.

Ahlstrand said he was carrying the shotgun Friday night because he thought he saw the bear in his yard Thursday.

“If that ever jumped on me, I wouldn’t even be here right know, I don’t think.  I know it was going to seriously maul me,” he said.

Authorities believed the female bear had cubs.  Ahlstrand says he feels bad about that, but he believes he being unfairly labeled.

Would have been safer letting the bear maul him, rather than the court system!