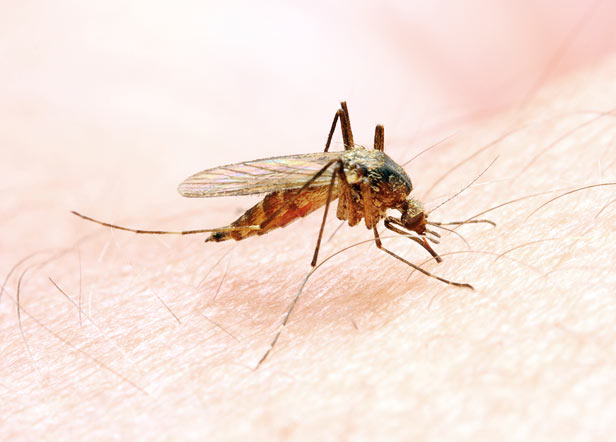 A study suggests that genetically modified bacteria could fight malaria from inside mosquitoes.

Global health organizations have long tried to combat malaria using bed nets and insecticides to target disease-carrying mosquitoes. But malaria continues to exact a huge toll, killing over a million people each year (see "Winning the War Against Malaria").

Another strategy is to genetically engineer mosquitoes that are resistant to the malaria parasite. Roughly a decade ago, Johns Hopkins researcher Marcelo Jacobs-Lorena produced such mosquitoes, which generated their own antimalarial peptides, in work that appeared in Nature (see "Malaria-Resistant Mosquitoes"). This approach seemed promising in the lab, but has been difficult to implement in the field.

One reason is that even if researchers released millions of genetically modified mosquitoes in a particular area, those insects wouldn't necessarily spread or outcompete the other mosquitoes already present unless they had some other genetic advantage, says Jacobs-Lorena.
He and his team have now taken a different approach: instead of manipulating mosquitoes directly, they have focused on the bacteria that live symbiotically in the mosquitoes' gut, and engineered them to produce compounds that interfere with the parasite's development.