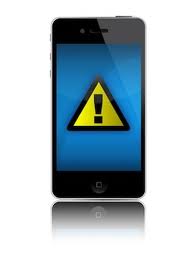 The Daily Beast reports that the FBI and Secret Service have standing authority to jam signals and they can also push for the shutdown of cell towers, thanks to “Standard Operating Procedure (SOP) 303," which lays out the nation’s official “Emergency Wireless Protocols.”

According to the National Communications System, the protocol details a “shutdown and restoration process for use by commercial and private wireless networks during national crises.” It was created after the London bombings in 2005, when federal security services shut off cellular networks in New York’s tunnel, fearing a similar attack. Since then, cell phone jammers have been used in situations like President Obama’s inauguration, with the Secret Service claiming there was a bomb threat, as well as a number of other cases.

Most recently, however, cell phone service was suspended in San Francisco, where police of the Bay Area Rapid Transit (BART) subway system temporarily shut down cell service to interfere with a protest over a shooting by a BART police officer.

Initially, the BART police claimed they had appealed to the cellular providers to cut off services but later admitted to pulling the plug themselves. The American Civil Liberties Union called this move “the first and only known time a government agency in the US has blocked electronic communications as a way to quell social unrest.”