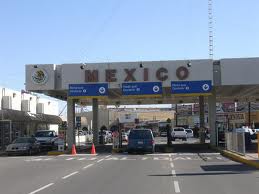 (Reuters) - Spreading drug violence, kidnappings and carjackings in Mexico have led the State Department to increase the number of places it says Americans should avoid for safety reasons for the second time in less than a year.

A travel advisory issued this week urged U.S. citizens to avoid all but essential travel to 14 states in northern and central Mexico, warning that U.S. citizens have fallen victim to drug-cartel related activity "including homicide, gunbattles, kidnapping, carjacking and highway robbery."

Last April, it issued a warning about 10 states.

The latest advisory cites concerns about parts of Aguascalientes, Guerrero and Nayarit in central Mexico, and raises its advisory against non-essential travel to include Chihuahua, Coahuila, Durango, Nuevo Leon, San Luis Potosi, Sinaloa and Zacatecas as well as Tamaulipas and Michoacan.

The State Department also maintained an April warning against non-essential travel to parts of Sonora, south of Arizona, and central Jalisco state, where drug cartel violence has become more widespread.

Jim Jordan tells colleagues 'cancel culture will come for us all'