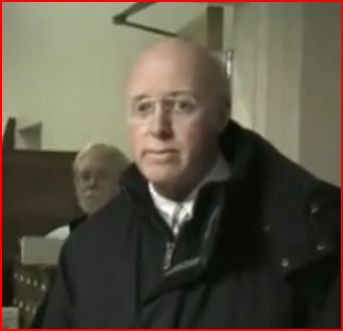 This video gives me such 'deja-vu' I get a headache.
I was an Official Observer for the Libertarian Party during the last Presidential Election cycle and I participated in the 'Manual Validation Hand-Count' afterwards.  This was a room full of over a hundred volunteers physically counting ballots by hand to verify the veracity of the machine totals.  This was done at Sheriff Joe's Maricopa County Training Center on the West Side.
Sheriff Joe was a CANDIDATE ON THAT BALLOT.  Keep that fact in mind as you read on.
It was a two-day affair, and at the end of the first day's counting, all the ballots were 'locked up' in a room at the facility, 'tape' was put on the doors, and the 'building was secured' by MCSO Officers.
Just like in this video.
Being an ex-building maintenance supervisor, I KNOW from personal experience that just because you have tape on a door doesn't mean that you don't have access to that area - one can easily go from one room to the adjacent room through the acoustic panels of the fake ceiling!
After the last election, I spent TWO DAYS on the witness stand testifying in 'The Arizona Libertarian Party vs. Maricopa County Elections Department' on all the improprieties I observed on election night.  I observed as an Official again in the 2010 elections, and to my dismay, I saw none of the infractions I reported about corrected.
Needless to say - it wasn't to my suprise.
The blank stare deer-in-the-headlights look when questioned in this video tells it all for me.  BUSTED!

Mail In Voting BACKFIRES On Democrats, Thousands Of Ballots From Young And Minority Voters REJECTED