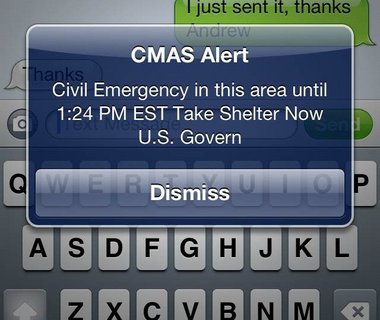 An unannounced test of a soon to be mandatory emergency alert system caused panic in New Jersey today after Verizon customers received text messages warning them that a “civil emergency” was in progress and to “take shelter,” prompting alarmed citizens to flood 911 lines with anxious calls.

However, media reports concerning the alarm completely ignore the fact that Verizon was almost certainly running a test for the federal government’s soon to be mandatory PLAN alert program, which the company has signed up for.

The alert message included the text “U.S. Govern,” suggesting to customers the text had come from the federal government itself, which undoubtedly fueled the panic.

Democrats Have SURRENDERED In Portland, Agree To Demands From DHS And Trump, Abandon Antifa Leftists

What We Know, and Don't Know, About Portland and the DHS