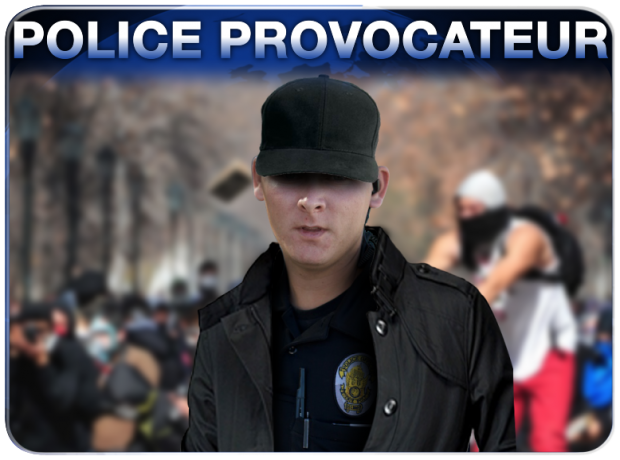 A crudely worded flyer handed out among Occupy Oakland Protesters has raised concerns that provocateurs are attempting to instigate violence in an attempt to de-rail plans for a general strike this week.

The flyer, pictured below, presents a rambling argument suggesting that anyone who engages in or supports nonviolent protest is “unwittingly complicit with the constelation of power that wages a daily war against freedom and peace”.

The flyer, signed off by an anonymous group calling itself ‘The Oakland Liberation Front’, suggests that engaging in non violent protest classifies as acting as “an auxiliary of the police force”.

“How dare you even ask for non-violence”, the flyer states, referring to the fact that police have already used violence against protesters. Last week’s confrontation culminated in Iraq war veteran Scott Olsen being seriously injured as “non-lethal” explosives, tear gas and rubber bullets were employed in an attempt to disperse protesters.

Promising to “go beyond” the pursuit of economic justice, the creators of the flyer vow to “seek a total transformation of society.”

“We seek the complete annihilation of capitalism”, the note reads, adding that this process will begin on Wednesday. Wednesday is the day that demonstrators plan to engage in a general strike and to converge on Oakland’s port, one of the biggest commercial landmarks in the city.

By a vote of 1,484 to 46, the General Assembly of Occupy Oakland voted last week to call a citywide general strike for Wednesday.

Let me see if I'm getting this right - the '99%' is mad about the '1%' controlling them and making their lives miserable, so all 1500 of them are going to tell the 400,000 people of Oakland whether they can open their businesses and feed their families or not...?  Does that not make them the 'less than 1%' in Oakland doing the same thing to others in their community?