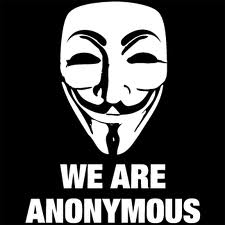 A ruthless campaign of killing, extortion and kidnapping by Mexico’s powerful Zetas drug cartel has created plenty of enemies, from the Mexican government to paramilitary vigilantes to rival cartels. But now the Zetas have a new adversary: the hacker collective Anonymous.

In a video uploaded Oct. 6, an Anonymous spokesperson said that unless the Zetas release one of the group’s members, the group will reveal the photos, names and addresses of Zetas-affiliated cops and taxi drivers. (The member was allegedly kidnapped in the western coastal city of Veracruz during an “Operation Paperstorm” demonstration.) Anonymous also threatened to out journalists accused of “crapping on honest authorities like the army and the navy,” the spokesperson said.

“For the time being, we won’t post photos or the names … of the taxi drivers, the journalists or the newspapers nor of the police officers, but if needed, we will publish them including their addresses, to see if by doing so the government will arrest them,” the spokesperson added.

Anonymous started out as a decentralized network of online griefers. But they’ve grown increasingly political, targeting websites ranging from Visa and Mastercard (for their alleged financial blockade of WikiLeaks) to a consultancy firm linked to the U.S. military. In October, they took aim at the underground child pornography network Lolita City, and hackers linked to the group leaked personal information from the servers of the International Association of Chiefs of Police and the Boston Police Patrolmen’s Association. Perhaps most importantly, Anonymous has provided support to the Occupy movement.