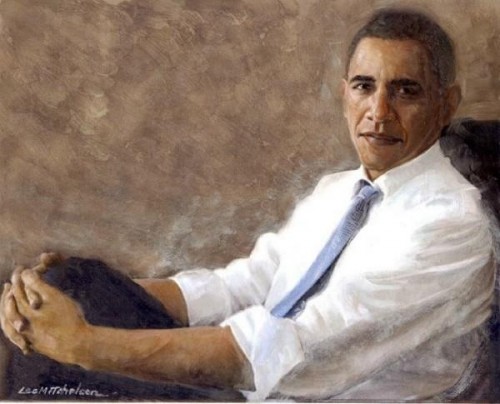 Vengeancia I've been researching the history of our so-called civil rights. Here's an online resource. In his article, Truth About the 14th Amendment, Thomas DiLorenzo makes the following observations: "Legal scholar Gene Healy has made a powerful argument in favor of abolishing the Fourteenth Amendment to the US Constitution.

"When a fair vote was taken on it in 1865, in the aftermath of the War for Southern Independence, it was rejected by the Southern states and all the border states. Failing to secure the necessary three-fourths of the states, the Republican party, which controlled Congress, passed the Reconstruction Act of 1867 which placed the entire South under military rule.

"The purpose of this, according to one Republican congressman, was to coerce Southern legislators to vote for the amendment "at the point of a bayonet." President Andrew Johnson called this tactic "absolute despotism," the likes of which had not been exercised by any British monarch "for more than 500 years." For his outspokenness, Johnson was impeached by the Republican Congress.

"The South eventually voted to ratify the amendment, after which two Northern states-Ohio and New Jersey-withdrew support because of their disgust with Republican party tyranny. The Republicans just ignored this and declared the amendment valid despite their failure to secure the constitutionally-required three-fourths majority.

Thanks to Tracy Chapman for the song, Talkin' 'Bout a Revolution. Scenes from Raiders of the Lost Ark; all rights reserved to those guys... Spielberg, Lucas, and the rest of 'em. Great talent. Thanks for fair use for the purpose of education and criticism. Andrew Napolitano footage courtesy of Liberty Pen.

According to DiLorenzo, "The Cato Institute's Roger Pilon, who is a supporter of the Fourteenth Amendment, has defended the way in which the amendment was adopted on the grounds that after the war some Southern states had enacted the "notorious Black Codes" (Liberty Magazine, Feb. 2000).

"What should Congress have done," Pilon asked, "turn a blind eye to what was going on?" The notion that a racially-enlightened and benevolent Republican Congress unconstitutionally imposed the Fourteenth Amendment on the nation because it was motivated primarily (if not solely) out of concern with racial discrimination in the South is childishly naive and ahistorical. The fact is, Northern states pioneered viciously discriminatory "black codes" long before they existed in any Southern state, and these codes were supported by many of the same Northern politicians who voted for the Fourteenth Amendment.

"The Revised Code of Indiana stated in 1862 that "Negroes and mulattos are not allowed to come into the state"; forbade the consummation of legal contracts with "Negroes and mulattos"; imposed a $500 fine on anyone who employed a black person; forbade interracial marriage; and forbade blacks from testifying in court against white persons.

"Illinois-the "land of Lincoln"-added almost identical restrictions in 1848, as did Oregon in 1857. Most Northern states in the 1860s did not permit immigration by blacks or, if they did, required them to post a $1,000 bond that would be confiscated if they behaved "improperly."

"Senator Lyman Trimball of Illinois, a close confidant of Lincoln's, stated that "our people want nothing to do with the Negro" and was a strong supporter of Illinois' "black codes." Northern newspapers were often just as racist as the Northern black codes were.

The Philadelphia Daily News editorialized on November 22, 1860, that "the African is naturally the inferior race." The Daily Chicago Times wrote on December 7, 1860, that "nothing but evil" has come from the idea of Abolition and urged everyone to return any escaped slave "to his master where he belongs."

"On January 22, 1861, the New York Times announced that slavery would indeed be a "very tolerable system" if only

"...slaves were allowed to legally marry, be taught to read, and to invest their savings."

In short, the cartoonish notion that the Republican party was so incensed over racial discrimination in the South after the war that, in a fit of moral outrage, it trashed all constitutional precepts to dictatorially adopt the Fourteenth Amendment, should not be taken seriously.

As Alexis de Tocqueville wrote in Democracy in America, it was obvious to all that racial prejudice was stronger in the North than it was in the South. "The prejudice of race," wrote Tocqueville, "appears to be stronger in the states that have abolished slavery than in those where it still exists."

"All persons within the jurisdiction of the United States shall have the same right in every State and Territory to make and enforce contracts, to sue, be parties, give evidence, and to the full and equal benefit of all laws and proceedings for the security of persons and property as is enjoyed by white citizens, and shall be subject to like punishment, pains, penalties, taxes, licenses, and exactions [extortions] of every kind, and to no other." Title 42, Civil Rights

A "person" in particular, a U.S. Citizen, and a "people" are two different things. U.S. Citizens have exchanged their unalienable rights for privileges. These are very personal decisions. We believe, however, that these are the means by which we transform our nanny state into a more free and voluntary society with opportunities for mutual cooperation among all peoples on the land in the various states of the union. See my videos, Are You in Jail by Your Own Consent? and Fee Schedule for Protection Against Corporate Abuse.

We, the people on the land in our states of the union are protected by the Constitution from interference from the Federal Corp. that has been usurping power from the states and the people for about 60 years.

"It is locality that is determinative of the application of the Constitution, in such matters as judicial procedure, and not the status of the people who live in it." Balzac v. Porto Rico, 258 U.S. 298 (1922)

The Govt. of the United States is a private, run-for-profit corporation. and Barack Obama is the President and CEO of this corporation. What business is the corporation in? Like Title 42 says, it's in the business of inflicting punishment, pains, penalties, taxes, licenses, and exactions, upon its "citizenry" as well as the "citizenry" of other corporations with whom it has made agreements, aka the countries of the world. This is the essence of the New World Order.

The U.S. offers you to engage in agreements that are not necessarily to your benefit, such as bogus charges for victimless crimes, hoping that you are stupid enough to accept them. A U.S. Citizen is actually a public officer, an employee, a franchise of this corporation and that's why you are supposed to do what they tell you to do & pay them a kickback fee from your profit.

However, as a "people" on the land, you are protected from interference by the Constitution. You can do anything you want as long as you don't hurt anyone. The only way you, as a "people" can be separated from your unalienable rights against your consent is by the verdict from a jury of your peers. Moreover, you have the right to face your accuser anytime you are invited by the Corporation and its franchises to go to court. That means, there has to be a flesh and blood VICTIM.

Confrontation Clause of the sixth amendment: a criminal defendant must be afforded "the right physically to face those who testify against him." The right to physically confront one's accuser is ancient, and the U.S. Supreme Court acknowledged that a right of confrontation existed even under Roman Law. While the Roman Governor Festus was discussing the proper treatment of his prisoner, Festus stated,

"It is not the manner of the Romans to deliver any man up to die before the accused has met his accusers face to face."

The Court also observed that "Shakespeare was thus describing the root meaning of confrontation when he had Richard the 2nd say: 'Then call them to our presence, face to face, and frowning brow to brow, ourselves will hear the accuser and the accused freely speak..."'

These references to, and quotations from, antiquity convey that there is something deep in human nature that regards face-to-face confrontation between accused and accuser as essential to a fair trial in a criminal prosecution.

According to DiLorenzo, "If the Republican party was so sensitive about racial discrimination in the post-war era it would not have sent General Sherman out west just three months after the war ended to commence a campaign of genocide against the Plains Indians. The very same army that had recently conquered and occupied the Southern states-led by Generals Grant, Sherman, and Sheridan-mass murdered Indian men, women, and children during the winters, when families would be together, with massive Gatling gun and artillery fire. In a letter to his son a year before he died (1889), Sherman expressed his regret that his armies did not murder every last Indian in North America.

"The Fourteenth Amendment has had precisely the effect that its nineteenth-century Republican party supporters intended it to have: it has greatly centralized power in Washington, D.C., and has subjected Americans to the kind of judicial tyranny that Thomas Jefferson warned about when he described federal judges as those who would be "constantly working underground to undermine the foundations of our confederated fabric."

"It's time for all Americans to reexamine the official history of the "Civil War" and its aftermath as taught by paid government propagandists in the "public" schools for the past 135 years."