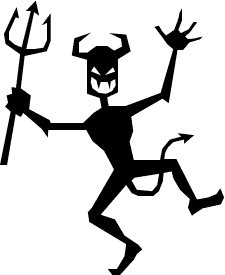 This is real life where there are compromises and there are pitfalls of being compromised. There is the question of flexibility, and then the notion of fundamental principles to stand by. There exists a fine line separating ‘bending the rules’ from actually breaking them. The question is where one begins to draw the line to separate compromise from being compromised, to hold to one’s fundamental principles while remaining flexible, and to bend core rules without actually breaking them.

When it comes to American politics the above dilemma has had but one answer. The same consistent answer throughout the past century: one can’t, and one won’t – that is, for those who seek viability for their candidacy and political campaigns. The fundamental rules every single political candidate in search of viability and a chance for success adheres to are: readily submit to being compromised, prepare to revise and change your fundamental principles and beliefs, and be ready to break without hesitation every rule you once adhered to.

Political candidates rise to lead the masses only to quickly turn to serving the interests of the very few- the few that count when it comes to gaining needed ‘viability’ and becoming a candidate with a ‘chance.’

Political actors must go through a crash course in learning the real art of compromise, which translates into willingness to part with core fundamental principles they once adhered to.

Wanna-be political leaders have to submit to training in becoming masters of breaking the rules while making it look as if they are only bending them.

The closer American political candidates get to the finish line where the ‘viable’ are separated from the ‘nonviable’, the more willing they become to give up old sentimental notions of principles and integrity- the greed that naturally flows from their intense desire and inflated egos now tied to the outcome: to win or to lose.

Everyone knows what is meant by becoming the devil’s advocate. Many have seen the film with that title. However, only a few are familiar with a slightly modified application of that term: the willingness to have the devil as the advocate; a familiar pattern showing up with every ‘viability seeking’ political candidate in the US. Just take a quick look at the last few presidents’ candidacies and you’ll see exactly what I am talking about.

We have already seen it vividly with Obama’s candidacy and presidency – appealing to the masses while placing his main focus on appealing to the few that held the key to his ultimate viability test and a real chance to win. What better way to do this than bringing in a few devils as the advocates! He wanted the support of and the green light from the powerful Israel lobby, so he brought in the dual citizen Israeli agent Rahm Emanuel as his advocate. Checkmark that. He wanted the nod from the Neocons so he brought an advocate or two from their camp and promised a key seat to one of their agents, Hillary Clinton. He sought the approval of the corrupt financial megas, so he brought in an advocate from their turf. Very quickly, with the real devils on board, Obama became a ‘viable candidate’, not withstanding his racial disadvantage, his lack of experience, and his less than stellar record.

With the interests of the very few, to name a few – the financial and military industrial complex and the Israel lobby, represented and check-marked, Obama was declared ‘viable’ and guaranteed the securing of the unknowing masses’ vote.

Let’s look at a recent candidacy resorting to advocacy by devils that is developing before our eyes as I type this article. I have written a series on the recent addition of Bruce Fein to the Ron Paul campaign as Paul’s Chief Legal Advisor. I am not going into too much detail here since I have covered the highly troubling case, but you can read more here.

Despite letters, e-mails and phone calls from Paul’s grassroots supporters to the campaign, and despite warnings and advice from Paul’s current and previous senior advisors, the campaign headquarters has refrained from removing Fein from this very key and sensitive position. The justification, more like an excuse, provided by the campaign heads, is the following: we are aware of Mr. Fein’s past and present conflicts but he has been a vocal advocate of the First Amendment and no one can deny his ability to help us expand our base by bringing in American Jewish communities and influential neocons…

This is a perfect example of the repeated pattern exhibited and practiced by US political candidates:  bringing in devils as advocates to seek ‘viability’ and to attempt to increase their chances to win. In Ron Paul’s case it becomes even more glaring. We are looking at a candidate who managed to remain outside the usual beltway corrupt machine yet succeeded in holding on to his office year after year. We are talking about a representative who had stayed away from foreign lobbyists and influence peddlers’ sphere of influence. We are speaking of Ron Paul, the man who had consistently opposed the US war machine, thus the bread and butter of the few MIC whose interests count tremendously when it comes to candidate viability. Ron Paul, who unabashedly has opposed the Israel lobby and its influence over US politics. Why?

According to insiders it is not Ron Paul but two key campaign managers who have become way too greedy and ambitious, and seek to expand at all cost and gain viability at any price. These men must have quickly forgotten the reasons in the first place for Ron Paul’s popularity among those rightfully disillusioned by the establishment candidates, and those who value integrity and honesty above the establishment glitz marketed by the US mainstream media. Bringing in a devil as an advocate comes with a high price. Has the ambition to become mainstream and viable made this price acceptable to Ron Paul?

Here in the United States we know we have a viable political candidate when principles quickly become ultra flexible, and when the art of compromise becomes the willingness to become compromised. And you know the path you are on when the devil becomes the advocate – It is the road leading to hell.

And with that, I will leave you with the following powerful quote from the movie ‘The Devil’s Advocate’:

“You sharpen the human appetite to the point where it can split atoms with its desire; you build egos the size of cathedrals; fiber-optically connect the world to every eager impulse; grease even the dullest dreams with these dollar-green, gold-plated fantasies, until every human becomes an aspiring emperor, becomes his own God… and where can you go from there?” – John Milton, ‘The Devil’s Advocate’

This site depends exclusively on readers’ support. Please help us continue by subscribing .