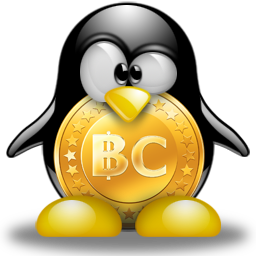 The Internet barter system known as "Bitcoin," which makes it difficult for law enforcement to monitor online transactions, has raised the ire of two U.S. Senators who learned recently about a new website that lets Bitcoin users buy and sell illegal drugs.

In a letter to Attorney General Eric Holder and Drug Enforcement Agency (DEA) administrator Michele Leonhart, Sens. Charles Schumer (D-NY) and Joe Manchin (D-W.Va) called for action against the website "Silk Road," which was the subject of a recent report by Gawker.

Silk Road lets buyers and sellers of illegal drugs exchange Bitcoins to complete transactions, and the seller ships their product by mail. Because of how Bitcoins are designed -- as a peer-to-peer, decentralized substitute for real currency -- both the buyer and seller are protected from scrutiny. Users simply purchase the coins, log on and place their orders.

An added wrinkle: the Silk Road site is only accessible to users on the "Tor" network, which funnels traffic through dozens of other computers and protects the user's identity.

"Literally, it allows buyers and users to sell illegal drugs online, including heroin, cocaine, and meth, and users do sell by hiding their identities through a program that makes them virtually untraceable," Schumer told reporters Sunday. "It's a certifiable one-stop shop for illegal drugs that represents the most brazen attempt to peddle drugs online that we have ever seen. It's more brazen than anything else by lightyears."

Schumer went on to call Bitcoin "an online form of money laundering," but it was not clear if he meant that for the currency as a whole or simply for those using Bitcoins for illegal activities.

"The only method of payment for these illegal purchases is an untraceable peer-to-peer currency known as Bitcoins," the senators' letter states. "After purchasing Bitcoins through an exchange, a user can create an account on Silk Road and start purchasing illegal drugs from individuals around the world and have them delivered to their homes within days. We urge you to take immediate action and shut down the Silk Road network."