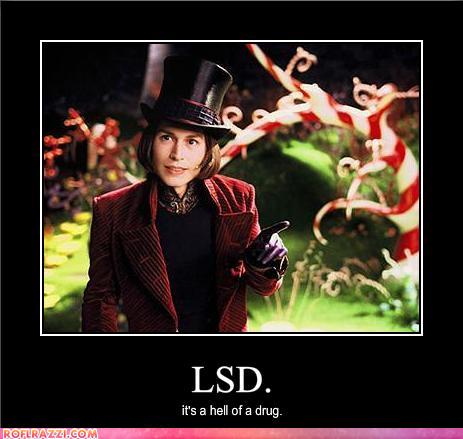 Psychiatrists in Switzerland have nearly completed their study of LSD-assisted psychotherapy in the treatment of anxiety associated with life threatening illnesses.

The study is the first of its kind to be undertaken in 35 years. Although most people associate the psychedelic drug LSD with the hippie counterculture of the 1960's, psychiatrists had been studying the use of LSD as an aid to psychological therapy before it was federally banned in the United States in 1968.

Peter Gasser, M.D., a psychiatrist and lead investigator of the study, said in a letter (PDF) to friends and colleagues that "all the 12 participants reported a benefit from the treatment." The study was begun in 2007 after being approved by Swiss legal authorities and the final LSD-assisted psychotherapy session was completed on May 26.

"I am proud to say that we had in 30 sessions (22 with full dose 200 μg LSD and 8 with placebo dose 20 μg LSD) no severe side effects such as psychotic experiences or suicidal crisis or flashbacks or severe anxieties (bad trips)," Gasser wrote in his letter. "That means that we can show that LSD treatment can be safe when it is done in a carefully controlled clinical setting."

Participants reactions to the LSD-assisted psychotherapy ranged from feeling that they were more aware of what was important and meaningful in life to being more relaxed toward everything that happened to them. Only two of the 12 participants had previously taken LSD.

Gasser said he expects to have a scientific paper ready for publishing at the end of this year or next Spring, but worries that his study will not be statistically significant - meaning he wouldn't be able to claim the results were not due to chance or factors other than the LSD therapy.

"The number of participants was small and therefore life events that were not LSD treatment related, such as worsening of the disease, having a diagnosis of metastasis or being under treatment with chemotherapy, etc. had a strong influence on the results," he explained.