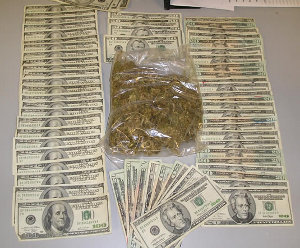 The first ever investor-grade analysis report of the medical marijuana market in the United States found that it will soon rival the market for Viagra.

The report, released Wednesday by the independent financial analysis firm See Change Strategy LLC, found that medical marijuana now has a $1.7 billion market and predicts that it will double in the next five years.

"Medical marijuana markets are rapidly growing across the country and will reach $1.7 billion this year," Ted Rose, editor of the report, said. "We undertook this effort because we noticed a dearth of reliable market information about this politically charged business."

The growth of the market is being driven by increased patient access and the adoption of regulations that facilitate the sale of medical marijuana. The sale of medical marijuana has been legalized in the states of Arizona, California, Colorado, Michigan, Montana, Oregon, Washington, New Jersey, New Mexico, Maine, Rhode Island and the District of Columbia. The possession, usage, purchase, sale, and/or cultivation of marijuana is still prohibited under the federal Controlled Substance Act.

"Hundreds of businesses exist around the country that cultivate and sell marijuana to customers," Rose added. "Many of these businesses emerged in the wake of the Obama Administration’s decision to deprioritize federal prosecutions of individuals and business complying with state medical marijuana laws. The State of the Medical Marijuana Markets 2011 shows which states represent the most active markets, who is making money, and how are they doing it."

As a candidate for the U.S. Senate, President Barack Obama said he was in favor of eliminating the most stringent criminal penalties for marijuana possession, but has maintained that he does not support outright legalization.

The National Cannabis Industry Association, a lobby group for the marijuana industry, have argued that legalizing marijuana will put thousands of Americans to work.

"The ever-expanding list of state-sanctioned medical cannabis providers and ancillary businesses have easily become a multi-billion dollar industry in the United States, generating thousands of good jobs and paying tens – if not hundreds – of millions in taxes," Aaron Smith, executive director of lobby, said in a statement from January. "These businesses have clearly earned the right to strong representation on the national stage and recognition as a true force for economic growth."