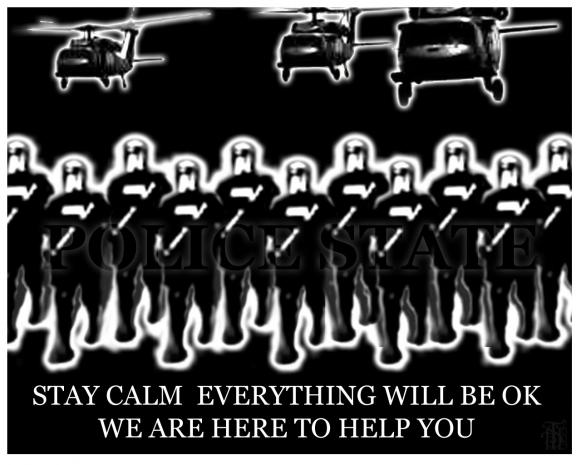 Mort Zuckerman, editor of U.S. News and World Report and a fixture on the Sunday talking head shows, is the kind of beltway liberal skewered by Matt Taibbi (“Matt Bai’s Post-Partisanship,” Rolling Stone, Dec. 5):   “one of those guys… who poses as a wonky, Democrat-leaning ‘centrist’ pundit and then makes a career out of drubbing ‘unrealistic’ liberals and progressives with cartoonish Jane Fonda and Hugo Chavez caricatures.”  The modus operandi is to write editorials “gentling chiding” the unrealistic Left “for failing to grasp the obvious wisdom of the WTO or whatever Bob Rubin/Pete Peterson Foundation deficit-reduction horse**** the Democratic Party chiefs happen to be pimping at the time.”

Well, Zuckerman’s gone one better this time.  In seeking a context to frame the Wikileaks drama, he’s gone back to the Red Scare (“WikiLeaks, Cyber War Threaten Our Way of Life,” Dec. 10).   And he’s come down squarely on the side of the American Legion, A. Mitchell Palmer, Loyalty and One Hundred Percent Americanism.

As evidence of anarchists’ “long history in America of acting to create and at times threaten a violent overthrow of civil society,” Zuckerman cites the assination of McKinley, and goes on mention the attempted assassination of Attorney General A. Mitchell Palmer in 1919.

The average product of America’s publik skools might not recognize the name A. Mitchell Palmer, or notice all the background material that Zuckerman omitted.  That same Palmer ordered the mass arrests of thousands of labor activists, Wobblies, socialists, newspaper editors, and anyone else who had anything the least bit negative to say about America’s participation in World War I.  Palmer’s reign of terror was the largest example of mass political imprisonment in American history.

It’s especially odd, in this context, to read Zuckerman’s reassurance that “hacktivists can protest on the Internet, on billboards, on TV and radio, on T-shirts, and in the newspapers; they can march, lie down in the street, tattoo their foreheads, wave banners, circulate petitions…”  Most of the arrests carried out under the almost-martyred Palmer were for just such activities, under the terms of the Espionage Act — the same piece of legislation (surprise!) that Joe Lieberman wants to dust off for use against Wikileaks.

Zuckerman dismisses most of the leaked cables as no more than gossipy trivia about Putin’s personality, and suggests Assange’s supporters care nothing about Wikileaks’ effect on the ability of government officials to promote “peace and security”; they prefer to “retreat into bromides” about “transparency.”

But it’s Zuckerman who retreats into bromides.  He neglects the large number leaked cables demonstrating that the U.S. government has been actively doing evil.  For decades the United States has  supported military coups and death squads all over the world, and done so under cover of promoting “peace and security.”  Far from being a bromide, transparency is necessary because, if we don’t know exactly what governments are doing, they will do evil while presenting themselves to the public as angels of light.

Despite his historical anarchist-baiting and his characterization of Assange’s philosophy as “anarchic,” Zuckerman displays absolutely no acquaintance with any actual anarchist thought.  He throws around some old chestnuts about “mistaking liberty for license,” seeking “chaos,” and the like.  But it’s safe to say he’s never encountered anyone making a reasoned argument for a society organized on the basis of voluntary association.  That’s a shame.

A real anarchist might challenge Zuckerman’s tacit equation of Wall Street and the Fortune 500 to “civil society,” and his bland assumption that a managerialist society organized around large corporations and a corporate state (Taibbi’s WTO and Bob Rubin equine scatology) is our self-evidently natural “way of life.”   A real anarchist might point out that, in actual history, states — behind all their goo-goo rhetoric — have mainly served the interests of the rich and powerful at the expense of everyone else.

A real anarchist might argue that, for every bomb allegedly thrown by an anarchist, a thousand have been thrown by the United States government — and that most of those bombs have incinerated ordinary working people to make the world safe for a corporate world order.  A real anarchist might state a willingness to put the U.S. national security state up against Assange & Co., in terms of “nihilistic contempt for the rights of others,” any day of the week.

A real anarchist might point out that what all the high school civics rhetoric of these Sane, Responsible, Serious People, these stuffed suits a half-inch to the right and a half-inch to the left of center, really translates into is a world where the RIAA and MPAA write U.S. copyright law, ADM and Cargill write U.S. agricultural policy, and the oil industry writes energy policy.

But that might make Chris Matthews or David Gergen clutch their pearls and gasp about “extremism” and “incivility,”  mightn’t it?
----------------
C4SS Research Associate Kevin Carson is a contemporary mutualist author and individualist anarchist whose written work includes Studies in Mutualist Political Economy, Organization Theory: An Individualist Anarchist Perspective, and The Homebrew Industrial Revolution: A Low-Overhead Manifesto, all of which are freely available online. Carson has also written for such print publications as The Freeman: Ideas on Liberty and a variety of internet-based journals and blogs, including Just Things, The Art of the Possible, the P2P Foundation and his own Mutualist Blog.