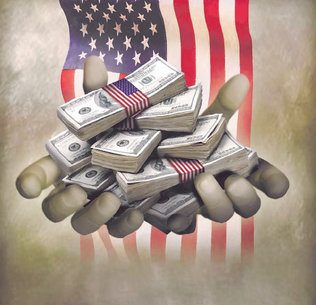 WASHINGTON — Nearly 18 billion dollars earmarked for reconstruction in Afghanistan remain unaccounted for, snagged in a "labyrinth" of contract bureaucracy, a sweeping US government audit has shown.

The Special Inspector General for Afghanistan Reconstruction (SIGAR) said 17.7 billion dollars was obligated over three years to nearly 7,000 contractors, but the Pentagon, State Department and US Agency for International Development were unable to say how much money has been spent.

The audit addresses fiscal years 2007 through 2009, but the problems go back to 2002 when the United States began funding Afghan reconstruction, because "much of the data available from the agencies prior to 2007 was too poor to be analyzed," the report said.

And years into the reconstruction there is still no central government database to monitor the projects from various US agencies and departments, SIGAR found in its report, which was seen Thursday by AFP.

"Prior to this audit report there was no comprehensive study on contractors and the money the US is spending through contractors on Afghan reconstruction," said special inspector general Arnold Fields in the first such snapshot of the reconstruction contracting environment in war-torn Afghanistan.

"This audit is crucial because if we don't even know who we're giving money to, it is nearly impossible to conduct system-wide oversight."

The Insanity of the PCR Testing Saga

The Deadly Precedent of the Waco Whitewash

Teachers Compile List Of Parents Who Question Racial Curriculum, Plot War On Them

Vatican running out of money due to pedophilia costs