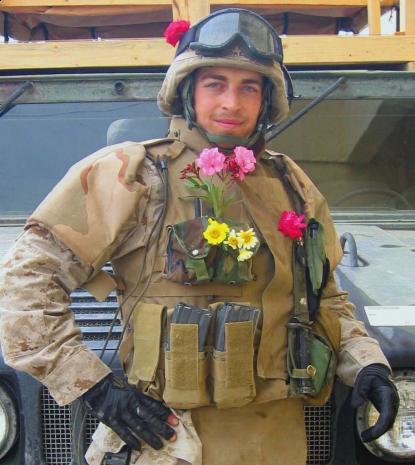 Santa Fe New Mexican They both favor less taxes, less government, less spending and fewer government regulations. They both identify with the Tea Party movement. They both want to replace incumbent Democrat Ben Ray Luján in Congress. But the two Republican candidates running in the 3rd Congressional District have many differences in style and substance. Tom Mullins, a Farmington oilman, is a soft-spoken man who doesn't mind when people call him "traditional Republican." He describes himself as a "pro-life Catholic conservative."

Adam Kokesh, who lives in and was raised in Santa Fe, is a proud member of the libertarian Ron Paul wing of the GOP. In fact, Paul, a congressman from Texas, has personally endorsed Kokesh, a former Marine who fought in Iraq and came home to actively protest the war.

Kokesh might be the only Republican congressional candidate anywhere who was escorted out of the 2008 Republican National Convention for heckling presidential nominee John McCain.

"The national leadership (of the Republican Party) is just as corrupt as the Democrats," Kokesh said in a recent interview.

Either - Or - and Neither is Good

Trump Turns Up the Pressure on Pence

Over The Past Week, 5 Republican Lawmakers Have Suddenly Died

Bill Barr has been an American traitor since at least 1992

Dozens of Republicans Planning to Challenge the Electoral College Results

Are 'Never Trumpers' the Future of the GOP?