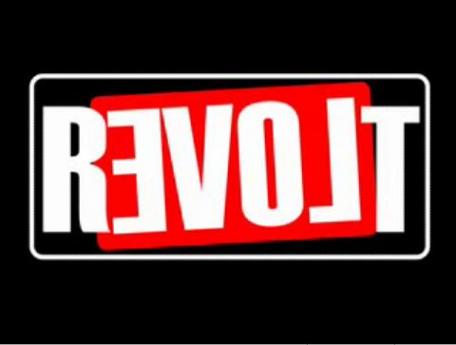 The following thoughts are meant to entertain while enlightening. (Making any changes without the express written consent of the author can lead to guilt, stress, illness, Anger, Sterility and/or litigation, the author does not want that for you.)

By Dennis Grover - American, in honor of Don Harkins

Yesterday, September 12, 2009, up to a million American people converged on the nation’s capitol and cities throughout America to send a clear and precise message to their insignificant 535 elected “representatives” and their significant, yet, falsely self elevated handlers and wannabe controllers. That message is to stop exercising your bowels on your dinner plate. Without your dinner to feed on you will starve. Even the animals in nature know better than to do that. A good parasite never destroys its host entirely but keeps it in chronic use.

While I know that there are a few members of the 535 who are in fact honorable, we must separate and praise them apart from those who are not. They do provide us comfort in knowing that when the dark ones are sent away, we will have the foundation to rebuild constitutionally, and renew our vigilance of those who try once again to misbehave at our expense.

The burden that each one of those million fed-up Americans yesterday were willing to carry is awesome as they each represented the desires of 100 other Americans who could not attend. To clarify this for the instruction-taking spinners of the major media; it means that 100 million Americans are full of their “elected representatives,” and your, road apples.

The major media has been instructed to call this 100 million people (1/3 of the population) “insignificant,” without finishing the thought (and how ironic as Congress works on passing the “Media Reporters Protection Act.”) The second hundred million are either elected, suck-up to the elected or are brain-dead while the third hundred million are simply wringing their hands in fear of having to be responsible for themselves and waiting to see who emerges on top so they can say; “we were behind you all the way.” The vocal 100 million are not insignificant, they are the majority.

Most of you 535 must be brain dead or incapable of common sense, as you used to pride yourself with the knowledge that America has more laws and statutes than people, and more attorneys than house pets. Doesn’t it occur to you now that since America has more guns than people, yet they are not murdering each other, that they realize that being armed means being peaceful?

Also to the dismay of the self appointed and self exalted handlers of the 535 it means that their attempt to divide and conquer and pick a bloody fight with the people has failed. Their failed attempts at mass medication, vaccination and faulty education have not proven to be effective in the suppression of nature-provided intelligence in the people. The inference that this happening on 9.12.09 is a fleeting movement by a few disgruntled people won’t work. A movement goes for a short time and stops, while a revolution continues to go around infinitely. This is a revolution, and a peaceful one, get used to it.

While this event took place in D.C. and across America, a great American lay in intensive care in a hospital having succumbed to corporate and government food and water additives, written lies and sprayed chemicals. Don Harkins has spent years of his life sharing truth with Americans through the Idaho Observer Newspaper. He may not have literally heard you yesterday, but through spirit, I know he felt you. When you get up Don, give Praise and Love to Ingri and then get back to work.

For you rotten souls in the 535 basket and your puppet masters spinning and bleating from their playing card built structures, you are being sorted out and tossed along the way. I thank you all for becoming the fertilizer that will provide beautiful new growth. Next time remember that “Honorable” is term that is earned, not assigned by being elected or through one of your stupid control fantasies. Trust must always be earned. The purpose of governmental checks and balances was installed so that what is happening could not happen. You took away the checks and balances. We noticed. Now we act!

Dennis is the host of "WITH LIBERTY AND JUSTICE FOR ALL,” The Truth on Television" now in its twelfth year of production. www.libertyandjusticeforall.tv

Biden Versus Trump: Here's What You Will Get