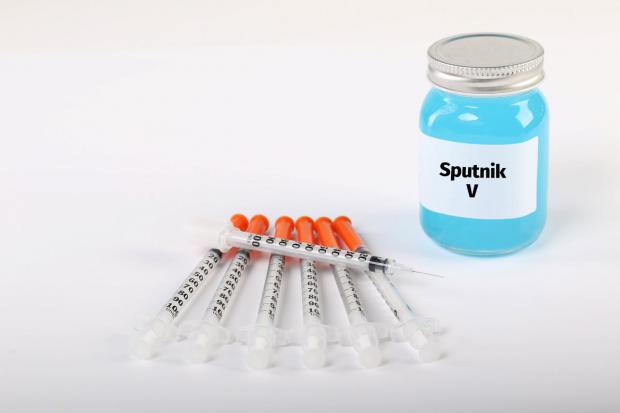 What a novel approach. The West is so addicted to going the other way, it lost the ability to change what's ingrained.

The same goes for its war on humanity. It's too hard-wired for endless conflicts to change its wicked ways.

Commenting on growing world community demand for Russia's Sputnik V vaccine for covid, Lavrov said the US-dominated West fears that it'll "enhance our authority and status in the world," adding:

"They do not want this to happen. But they have come to realize that their first response was simply outrageous in the context of the facts and medical science."

"When President Vladimir Putin announced the development of the vaccine in August 2020, the offensive was completely undiplomatic. Their response betrayed their irritation."

Countries are queuing up to buy it. The US, UK, and Brussels continue denigrating what's superior to everything in the West.

No matter what Russia does, it's denigrated by the West with remarks like:

"The Russians are playing their geopolitical games again," said Lavrov.

Asked what prevents normalized relations by the West with Russia. Lavrov said Western sentiment is biased.

The core reason is Moscow's independence, its refusal to sell its soul to Washington, not for any threat it poses.

No nations anywhere threaten the US and West so enemies are invented to pursue their war on humanity.

It's waged on ordinary people everywhere and nations free from US control like Russia.

Lavrov repeated his remark last week that Russia would cut ties with the EU if it imposes sanctions that harm its economy and people, adding:

"(T)here are no relations with the West. Quoting an earlier Obama remark, he said they've been "torn to shreds."

The 1997 Partnership and Cooperation Agreement between Russia and the EU was "destroyed" by its unacceptable hostility toward Moscow for invented reasons.

When Crimeans near unanimously wanted to rejoin Russia because of what happened and Moscow obliged, normal relations with Brussels ended.

That's where things stand today, further complicated by Kiev's war on Donbass and against all things Russian.

Lavrov said relations with the West began unraveling before what happened in Ukraine.

Yet trade with the EU is far less now than before what happened in Ukraine while Sino/Russian trade doubled over the same period.

Bloc trade with Moscow plummeted ecause of unacceptable sanctions on Russia "for reasons that have never relied on any facts whatsoever. At least, no facts have ever been presented to us," Lavrov explained.

Brussels falsely blamed Moscow for what happened in Ukraine — a made-in-the-USA coup d'etat against its sovereignty by the Obama/Biden regime.

In 2014, I edited and contributed to a book on the coup and threat it still poses titled:

"Flashpoint in Ukraine: How the US Drive for Hegemony Risks World War III"

The book remains timely reading. It provides insights into the gravest geopolitical crisis since WW II to that time.

Ukraine remains in the eye of the storm, the crown jewel of NATO's eastward expansion to Russia's borders.

Conquest of the country is a major step in Washington's drive to incorporate all former Soviet republics and Warsaw Pact countries into NATO and install missile defense sites on Russia's borders.

Ukraine remains a major flashpoint that risks unthinkable war by the US-dominated West with Russia.

To this day, Moscow is held responsible for events that established fascist tyranny in Europe's heartland by the US — supported by Brussels.

After the coup, Russia was falsely blamed for poisoning the Skripals — a joint US/UK false flag — downing MH 17 in Ukrainian airspace it had nothing to do with, poisoning Navalny that didn't happen, and other invented accusations.

"No facts were presented" to prove any of the above accusations and others because none exist, said Lavrov, adding:

Bloc countries "act like the US," inventing reasons to bash Russia. No legitimate ones exist.

What ties once existed between Russia and the EU are gone.

"Nothing is left now, not even sporadic contacts on some international issues."

Though bloc countries and Moscow cooperate on some issues, normal multilateral relations were destroyed.

"(W)hen it became clear that Russia did not want to live in the house of a (US) self-appointed boss, all these complications began to emerge," Lavrov explained.

As for Biden, he continues the imperial agenda of his predecessors, including US war on Russia by other means.

He and Brussels need Ukraine to keep "irritating Russia," along with inventing other ways to maintain their Russophobic agenda.

Lavrov: The US and EU "want to weaken anything around us – Belarus, Central Asia, and now also the South Caucasus, as they got nervous after Russian President Vladimir Putin's successful mediation mission between Armenia and Azerbaijan."

While Brussels and Washington are hostile toward Mooscow, individual bloc countries maintain normal relations to some extent.

Yet on key issues, they bend to Washington's will.

Lavrov's remarks on numerous East/West issues, including ones predating his tenure as foreign minister, show the breadth and extent of his wide-ranging knowledge of European, Asian and other world events.

He also stressed that Russia fully complies with its international commitments, according to the rule of law and agreements with other nations.

In stark contrast, Washington operates exclusively by its own rules.

Britain and EU countries bend to its will on most everything, even when harming their self-interest.

It's an alliance of US colonies, not sovereign independent nations, obeying orders from a higher authority, not daring to diverge from what their boss demands with the rarest of rare exceptions like Nord Stream II.

Germany wants the pipeline completed to control how Russia gas passing through its territory goes to other EU countries — even though the US and other bloc nations oppose the project as explained in previous articles.

US policy toward the world community of nations is we're boss and what we say goes.

Nations unwilling to bow to its will are targeted for regime change.

No matter which wing of the US war party runs things or how often names and faces change in Washington, its imperial arrogance remains unbending.

Over time, its rage to dominate other nations by endless hot and cold wars is proving its undoing.

Lavrov explained that Trump imposed more sanctions on Russia than all his predecessors combined.

As for Biden and hardliners controlling him, "(w)e are witnessing a cowboy-style showdown."

"They want to be boss over other nations." Their geopolitical agenda "boils down to this."

It poses great risks that include greater wars than already.

Biden Regime Escalates War on Russia by Other Means