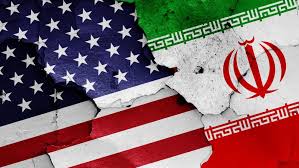 US-led Western arrogance, hostility to peace, contempt for the rule of law, and decadence hasten their steady decline while China, Russia, Iran and other nations are rising.

Biden and hardliners surrounding him showed no intention — by their actions — of rejoining the JCPOA in its Security Council affirmed form, with no pre-conditions.

Nor is lifting unlawfully imposed Trump regime sanctions or shifting from maximum pressure to cooperating with Iran likely — by clear actions, not words.

The Islamic Republic has no allies in the West, enemies alone — solely for its freedom from US control, not for any threat it poses.

Diplomatic outreach to their leaders has proved to be an exercise in futility when undertaken, accomplishing nothing.

The Islamic Republic's only option is building on its strong ties with Russia, China and other nations that wish to engage with its officials responsibly.

Clearly, the US, UK and EU ruled out cooperative relations as they should be — that begins with respecting Iranian sovereignty and observing international law.

Ignore their deceptive rhetoric claiming otherwise. Like always before, it's head fake deception. More below on this.

Attempting to change the West's position on Iran is highly likely to fail as before — its hostility unbending, its empty promises to be broken.

The US-dominated West can never be trusted. Believing otherwise is self-defeating.

The JCPOA as affirmed by Security Council 2231 hangs by a thread. Trump's pullout sealed its fate.

Biden's hostility toward Iran finished it off as things now stand.

Trying to put Humpty Dumpty back together again in its Security Council affirmed form by Iran, Russia and China is likely to be an exercise in further disappointment.

As shown by their actions, the US and E3 reject the idea. Their hostility toward Tehran, Moscow and Beijing is unbending.

Lines are drawn, risking confrontation, an ominous possibility ahead.

A joint US/E3 statement below is one of many examples of their imperial arrogance and futility of engaging with them diplomatically.

They bear full responsibility for the JCPOA's dissolution, not Iran that's in full compliance with its provisions and NPT obligations.

Here's what they said on Thursday:

"Regarding Iran, the E3 and the United States expressed their shared fundamental security interest in upholding the nuclear non-proliferation regime and ensuring that Iran can never develop a nuclear weapon (sic)."

Fact: The world community knows that Iran banned development of nukes, has no nuclear weapons program, and wants these weapons eliminated before they eliminate us.

Fact: Remarks by the US, UK and EU ignore nuclear armed and dangerous Israel, the only Middle East country with these weapons.

Fact: Iran threatens no other countries. It hasn't preemptively launched war in centuries.

Fact: The US-dominated West and Israel wage forever wars by hot and/or other means against invented enemies. No real ones exist.

US and E3: "The E3 welcomed the United States' stated intention to return to diplomacy with Iran (sic) as well as the resumption of a confident and in-depth dialogue between the E3 and the United States (sic)."

Fact: Biden, hardliners surrounding him and E3 countries show no intention of returning to JCPOA compliance by their actions.

Don't be fooled by the deceptive rhetoric above and what followed, saying:

"The E3 and the United States affirmed their shared objective of Iran's return to full compliance with its commitments under the JCPOA (sic)."

"…Blinken reiterated that, as…Biden has said, if Iran comes back into strict compliance with its commitments under the JCPOA, the United States will do the same and is prepared to engage in discussions with Iran toward that end."

Fact: Iran IS in full compliance with JCPOA provisions.

Fact: The US and E3 have been and continue to be in breach of their obligations since Trump abandoned the landmark agreement in May 2018.

Fact: Their actions show no intention of going the other way.

Fact: If they were serious about preserving the landmark agreement, they'd fully observe its provisions with no pre-conditions.

Fact: Their hostility toward Iran and contempt for the rule of law need no elaboration.

Fact: On all things related to peace, stability, cooperative relations with other countries and observance of the rule of law, Iran is on the side of the angels.

Fact: On all of the above, the US-dominated West long ago crossed over to the side of the devil.

US and E3: "(T)he E3 and the US called on Iran not to take any additional steps, in particular with respect to the suspension of the Additional Protocol and to any limitations on IAEA verification activities in Iran (sic)."

"The E3 and the United States are united in underlining the dangerous nature of a decision to limit IAEA access (sic), and urge Iran to consider the consequences of such grave action, particularly at this time of renewed diplomatic opportunity (sic)."

Fact: Steps taken by Iran were announced in advance.

Fact: Its actions are in full compliance with JCPOA Articles 26 and 36.

Fact: Among JCPOA signatories, the US, UK, France and Germany alone are in breach of their obligations.

Fact: These countries should and have called on the West to fully comply what they swore to observe by affirming Security Council Res. 2231.

Fact: Yet they flagrantly went the other way, remain in compliance, show no intention of going the other way by their actions.

Fact: Instead they make unacceptable one-sided demands on Iran.

US and E3: "The E3 and the United States also expressed their shared concerns over Iran's recent actions to produce both uranium enriched up to 20% and uranium metal."

"These activities have no credible civil justification (sic)."

"Uranium metal production is a key step in the development of a nuclear weapon (sic)."

Fact: There's nothing improper or illegal about the above activities — nothing related to developing nukes.

Fact: Stating or implying otherwise shows continued US/Western hostility toward Iran — what's gone on for the past 42 years with no signs of changing.

The US and E3: "The E3 welcomed the prospect of a US and Iranian return to compliance with the JCPOA (sic)."

Fact: Iran IS in compliance. The US and E3 are not with no signs of changing by their actions.

US and E3: "The E3 and the United States affirmed their determination to then strengthen the JCPOA and, together with regional parties and the wider international community, address broader security concerns related to Iran's missile programs and regional activities."

Fact: The above remarks show where the US and E3 are going.

Fact: They reject compliance with the JCPOA as unanimously affirmed by SC Res. 2231 — making it binding international law.

Fact: They want Iran's legitimate missile program and other military development constrained and weakened to increase its vulnerability to aggression.

Fact: They want what no responsible leadership would agree to.

Fact: Iran's military development is solely for defense — polar opposite how the US, West and Israel operate.

They showed no intention of "deescalating (regional) tensions" — just the opposite as shown by their belligerent policies throughout most of the post-WW II period.

Separately, a Biden regime statement saying it "would accept an invitation from the European Union High Representative to attend a meeting of the P5+1 and Iran to discuss a diplomatic way forward on Iran's nuclear program" flies in the face of the above joint US/E3 statement.

It includes false accusations against Iran and unacceptable demands.

It shows no US/E3 commitment to engage with Iran responsibly.

If otherwise, the US, UK, France and Germany would return to JCPOA compliance with no pre-conditions — a starting point for talks with Iran.

They show no intention of going this way — just the opposite.

It's further evidence of the futility of Iran engaging with the West diplomatically.

Whenever undertaken, betrayal follows. Nothing suggests a change of Western policy ahead.

As long as it remains free from US control, war on the country by other means is likely to continue since launched 42 years ago.

In response to the above US/E3 statement, Iranian Foreign Minister Zarif tweeted the following:

"Instead of sophistry & putting onus on Iran, E3/EU must abide by own commitments & demand an end to Trump's legacy of #Economic Terrorism against Iran."

"Our remedial measures are a response to US/E3 violations. Remove the cause if you fear the effect."

"US acknowledged Pompeo's claims re Res. 2231 had no legal validity. We agree."

"In compliance w/2231: US unconditionally & effectively lift all sanctions imposed, re-imposed or re-labeled by Trump."

"We will then immediately reverse all remedial measures."

Zarif also stressed that Iran will continue what he called "compensatory measures" that includes halting the Additional Protocol as of Feb. 23.

A voluntary commitment by Iran, it lets IAEA inspectors visit its facilities unannounced.

Iranian President Rouhani stressed that saving the JCPOA depends on the US and E3 countries returning to compliance with its provisions — that includes lifting unlawful sanctions imposed by Trump.

These countries show no intention of fulfilling their obligations as required.

No evidence based on actions suggests a change of US/E3 policy ahead — just the opposite.