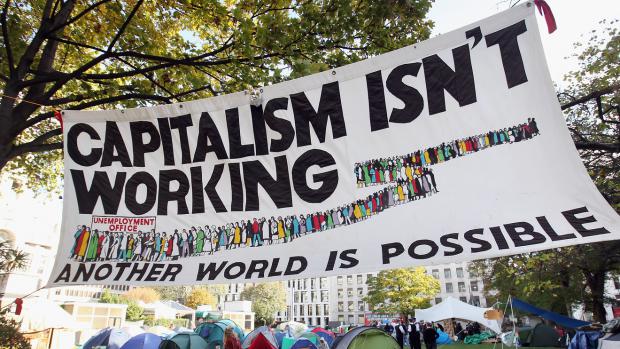 Since Biden/Harris were dubiously chosen as Dem standard bearers, establishment media across the board bombarded the US public with puff-piece reporting about them — ignoring their dark side.

A former US envoy once described Pompeo as the most "sycophantic and obsequious (figure) around Trump," adding:

The same characterization applies to fawning/truth-defying media coverage of Biden/Harris.

The NYT is the leading print media culprit — fake news over the real thing featured.

The "team…is stocked with champions of organized labor and marginalized workers (sic), signaling an early focus on efforts to speed and spread the gains of the recovery from the pandemic recession (sic)."

"Biden's team will be focused initially on increased federal spending to reduce unemployment (sic) and an expanded safety net to cushion households that have continued to suffer as the coronavirus persists and the recovery slows (sic)."

It'll pursue "an economy that gives every single person across America a fair shot and an equal chance to get ahead (sic)."

Reality is worlds apart different from the above rubbish.

Today, both right wings of US duopoly rule are allied in enforing neoliberalism now, neoliberalism forever — a new millennium form of segregation, with attribution to Wallace's quote.

Serving privileged interests exclusively at the expense of ordinary Americans is hard-wired US policy.

An earlier land of opportunity for most people is long gone.

Washington's agenda is heading toward transforming the nation into a ruler/serf society, wrapped in the American flag.

It's led by whoever chairs the Wall Street owned and controlled Fed under Biden/Harris ahead, their choice for key regime positions, including treasury secretary — neoliberalism now/neoliberalism forever Janet Yellen nominated.

As Obama/Biden Fed chairman from 2014 through the end of their tenure, she handed Wall Street trillions of dollars of near-free money for speculation.

At the same time, she kept interest rates at near-zero, harming millions of low and middle-income savers —while the nation's privileged class benefitted hugely.

The Fed on her watch and her predecessor Bernanke did nothing for Main Street, nothing for jobs creation, nothing for anything socially related — nothing for ordinary people, focusing solely on benefitting privileged ones.

She at Treasury and current Fed chairman Powell will operate the same way going forward.

Like other Biden/Harris economic team members, Yellen is a Wall Street tool.

According to MaketWatch, "Wall Street is thrilled" by her choice, and no wonder.

She'll fulfill the Street's wish list as always before.

She's notable for supporting cuts to Social Security, Medicare, and other social programs, including opposition to a living wage, while supporting imperial aggression, and demeaning Julian Assange.

She was quoted calling him an "agent of a pro-fascist state, Russia (sic)" — its (nonexistent actions) "a key reason of why Trump got elected (sic)."

The above-named figures are subject to Senate confirmation.

They and others named as part of the Biden/Harris economic team are super-rich defenders of corporate predation at the expense of ordinary people everywhere.

Most figures selected by Biden/Harris ill-served ordinary Americans as part of the Obama/Biden regime.

Dirty business as usual continuity defines how US government operates at the federal, state and local levels.

Wall Street, the military, industrial, security media complex, other corporate favorites, and super-wealth will be well served in Washington no matter which wing of duopoly rule runs things.

They'll benefit while ordinary Americans are exploited by continuing the greatest wealth transfer scheme in world history from them to the US privileged class.