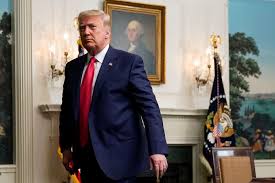 The court ruling rejected issuance of an injunction to bloc Pennsylvania's certification of Election 2020 results.

Dismissed as well was the claim by Trump's legal team that mail-in ballots were handled differently in Dem-controlled counties compared to majority GOP ones.

Nor did the court agree that blocking GOP poll watchers from observing the count close-up was a legitimate complaint — or that election fraud occurred.

A case with credible merit — supported by eyewitness testimonies — was dismissed as meritless.

"Free, fair elections are the lifeblood of our democracy (sic)."

"Charges of unfairness are serious. But calling an election unfair does not make it so."

"Charges require specific allegations and then proof. We have neither here (sic)."

"No federal law requires poll watchers or specifies where they must live or how close they may stand when votes are counted."

"Nor does federal law govern whether to count ballots with minor state-law defects or let voters cure those defects."

"Those are all issues of state law, not ones that we can hear. And earlier lawsuits have rejected those claims."

The Trump campaign's plan all along was and remains for nine Supreme Court justices to have final say on Election 2020's legitimacy.

"The activist judicial machinery in Pennsylvania continues to cover up the allegations of massive fraud."

"We are very thankful to have had the opportunity to present proof and the facts to the PA state legislature."

After Trump said he'll leave the White House if on December 14 the Electoral College affirms a majority of electors for Biden, on Friday he tweeted:

"Biden can only enter the White House as president if he can prove that his ridiculous '80,000,000 votes' were not fraudulently or illegally obtained."

The challenger has a "big unsolvable problem (of) massive voter fraud" in key swing states.

Dems, major media across the board and courts so far ignored brazen election fraud for Biden/Harris over Trump.

A SCOTUS showdown may be next, Trump's last chance for a second term that's fast slipping away.

The Supreme Court may or may not have final say on Election 2020's outcome.

While it most often declines to hear election-related cases, it ruled on Bush v. Gore (2000) and may hear Trump's election-rigging arguments with plenty of supportive evidence.

Yet based on what happened so far, it's a long shot at best for Election 2020 results to be reversed.

Majority High Court justices most often swim with the tide. It's going out for Trump and in for Biden/Harris.

In 2000, majority justices ruled for losers Bush/Cheney over winner Gore.

A similar Election 2020 ruling is likely if it hears arguments by Trump's legal team — for losers Biden/Harris over the incumbent.

Democracy in America is pure fantasy.

So is judicial fairness — likely to be denied a US president if dark forces running things want him replaced.

That's how things appear to be unfolding — majority Supreme Court justices perhaps to affirm it.

If things turn out this way, a free, fair, and open process will go down with Trump. No longer will it exist.