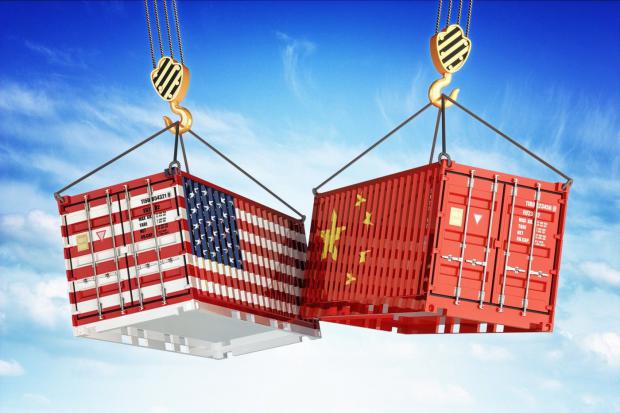 China to Sanction US Defense Contractors

In response to the US announced sale of $1.8 billion worth of weapons to Taiwan — what Beijing considers a breakaway province — China's Foreign Ministry spokesman Zhao Lijian issued the following statement:

"As China pointed out on multiple occasions, the U.S. arms sales to Taiwan severely violate the one-China principle and the three China-US joint communiqués, and seriously undermine China's sovereignty and security interests. China firmly opposes and strongly condemns it."

"To uphold national interests, China (will) take necessary measures to sanction US companies involved in the arms sales to Taiwan including, Lockheed Martin, Boeing Defense, Space & Security (BDS), and Raytheon, as well as the US individuals and entities who played an egregious role in the process," adding:

"Once again, we urge the (US) to strictly observe the one-China principle and the three China-US joint communiques, and stop selling weapons to Taiwan or having any military ties with it."

"We will continue taking necessary measures to safeguard national sovereignty and security interests."

Sanctions not yet announced by China have not so far been imposed on these giant US merchants of death and destruction.

Already hammered this year because of its serious 737 Max design flaws, a Boeing statement maintained a stiff upper lip, saying:

"It's been a partnership with long-term benefits and one that Boeing remains committed to."

A Lockheed Martin statement said "(w)e do business with more than 70 nations around the world, and all of our international sales are strictly regulated by the US government."

Raytheon didn't immediately comment. Nor did the State Department.

Taiwan's foreign ministry said Taipei urges the US to continue supplying its military with weapons it needs for defense.

In August, the US sold Taiwan 66 new model F-16 Block 70 warplanes — condemned by Beijing at the time, accusing the Trump regime of violating the One China principle and interfering in its internal affairs, adding:

The move will have a "major impact" on Sino/US relations.

So far, threats of Chinese sanctions on US defense firms haven't been imposed.

US defense contractors have limited sales to China. Sanctioning Boeing would be another matter altogether if Beijing halted purchases of its civilian airliners.

With over a third of known world reserves, China is the leading supplier of what's needed for high tech products and components.

They're also used in clean energy and defense technologies.

According to the US Geological Survey factsheet: "The Rare Earth Elements — Vital to Modern Technologies and lifestyles:"

"The glass industry is the largest consumer of REE raw materials, using them for glass polishing and as additives that provide color and special optical properties."

Rare earths are also used in magnets, batteries, steel alloys and other applications.

As the world's leading rare earths supplier, China could cease selling them to US firms if bilateral relations deteriorate too far.

At this time, the US imports about 80% of its rare earths from China.

Limiting access of US companies to its market would hurt much more. It's too important for them to lose.