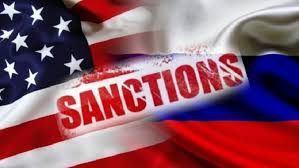 As explained many times before, Security Council members alone may legally impose sanctions on nations, entities and individuals.

When used by countries against others, they breach the UN Charter, how the US, NATO and Israel operate time and again.

The Charter's Article II mandates all member states to "settle…disputes" according to the rule of law.

US/Western sanctions are weapons of war by other means — used to pressure, bully and terrorize targeted nations into submission.

Though widely used, most often they fail to achieve intended objectives.

US sanctions war and other hostile actions against Cuba for 60 years, Iran for 40 years, Venezuela for 20 years, and against countless other nations largely shot blanks.

Most often, they're counterproductive.

Hardships imposed on people in targeted nations fuel anti-US sentiment — blaming Washington, not their governments, for what they endure.

Under international law, nations are prohibited from intervening in the internal affairs of others.

Military action against an adversary is only legal in self-defense if attacked — never preemptively for any reasons.

Hardcore US bipartisan policy targets all independent nations unwilling to subordinate their sovereign rights to its interests.

That's what US hostility toward China, Russia, Iran, and other targeted countries is all about.

Since WW II, no nations threatened the US militarily or politically.

Like all other empires in world history now gone, a similar fate awaits the US — because of its counterproductive geopolitical policies, over time making more enemies than allies, weakening, not strengthening, the state.

"(T)his unfriendly and destructive policy of constant introduction of various restrictions in relation to us, our economic operators, our economy, unfortunately, this has already become an integral part of unfair competition, undisguised hostile takeover competition on the part of Washington."

"We condemn (US) calls for forging a certain coalition against the pipeline, wherein German and other companies have already made multi-billion dollar investments."

In response to EU sanctions on Russia over the Navalny novichok poisoning hoax, its Foreign Ministry demanded to know "who is behind the anti-Russian provocation," adding:

"In response, we get aggressive rhetoric and outright manipulation of the facts" — by the EU in cahoots with the US.

Sergey Lavrov slammed Berlin for being in breach of its international obligations for failing to provide Moscow with information it claims to have about the Navalny incident — because none exists.

In mid-October, protesters outside the US embassy in London accused Washington of attempting to "strangle" Cuba's economy by a virtual blockade on the island state.

The so-called Rock Around The Blockade solidarity campaign called for breaking the illegal action, chanting "Cuba si! Yankee no! Abajo el bloqueo/Down with the blockade!"

Despite annual UN General Assembly measures against US blockade of the island state, it's been in place for decades without success because of Cuban resiliency.

Trump regime Office of Foreign Assets Control threatened to sue "anyone who trades with Cuba" or has property in the country.

Despite decades of US war on Cuba by other means, aiming to regain imperial control over the island state, policies of Republicans and Dems consistently failed.

US war on China by sanctions and other means widens the breach between both countries.

Instead of fostering productive bilateral relations with all nations, policies of both right wings of the US one-party state go the other way against nations Washington doesn't control — how the scourge of imperialism operates.

China fosters cooperative relations with other nations, threatening none — polar opposite longstanding US policy, seeking dominance over planet earth, its resources and populations.

Undeclared US initiated Cold War against China, Russia, and other targeted nations threatens to turn hot by accident or design — especially in East Asia, the Middle East, and near Russia's borders.

"One of the problems that we have faced with both Iran and Russia is that we now have so many sanctions against these countries that we have very little (opportunity) to do anything about it," adding:

"But we are looking at all possible deterrent measures that we can apply to these countries, as well as others…"

Last Thursday, the US Treasury Department announced new sanctions on Iran's IRGC, its Quds Force, and Bayan Rasaneh Gostar Institute "for having directly or indirectly engaged in, sponsored, concealed, or otherwise been complicit in foreign interference" in US November 3 elections.

Fact: Throughout US history, no evidence showed that any foreign nations ever interfered in its electoral process — a US specialty against scores of nations throughout the post-WW II period.

Its government "strong(ly) reject(s) baseless and false claims" by the US, adding:

"(I)t makes no difference for Iran who wins the US election."

On core domestic and foreign policy issues, both right wings of the US one-party state operate largely the same way.

On Monday, Pompeo announced more illegal sanctions on Iran — part of longstanding US war on the country by other means.

Iran, its ruling authorities, and entities foster cooperative relations with other countries — hostile actions toward none, except in self-defense if attacked, the legal right of all nations.

US imperial policy targets all countries, entities and individuals not subservient to its rage to rule the world unchallenged.

US maximum pressure on Iran and other nations is all about wanting them transformed into vassal states.

"The transfer of long-range missiles from Iran to Venezuela is not acceptable to the United States and will not be tolerated or permitted," adding:

"We will make every effort to stop shipments of long-range missiles, and if somehow they get to Venezuela they will be eliminated there."

Was the above threat a possible US declaration of hot war on Venezuela, on Iran as well?

No evidence was cited because none exists, including alleged Russian malware against "a petrochemical plant in the Middle East," along with "scann(ing) and prob(ing) US facilities."

Pompeo falsely accused Russia of "engag(ing) in dangerous and malicious activities that threaten the security of the United States and our allies (sic)."

The above is what the US and its imperial partners do time and again — falsely blaming others for their own high crimes.

The Trump regime also imposed unlawful sanctions on Iran for supplying Venezuela with gasoline — the legal right of both nations to conduct bilateral trade relations.

It was a futile attempt to get President Maduro to step down ahead of US November 3 elections, Trump seeking a foreign policy success to tout that failed.

US war on Venezuela by other means, notably by Trump, imposed great hardships on its people alone — failing to achieve regime change.

US-designated puppet-in-waiting Guaido's involvement in the scheme made him widely despised by the vast majority of Venezuelans.

Separately, Russia's US embassy responded to unacceptable tightening of visas for its journalists by the Trump regime, creating "artificial barriers (that impede) their normal work," adding:

"In particular, the limitation of the period of stay for foreign media employees to 240 days (with the possibility of extension up to 480 days) will not allow them to consistently cover local events."

Journalists "will have to leave the United States for a considerable time to obtain a new visa."

This new policy flies in the face of what "freedom of speech and equal access to information" is supposed to be all about.

"(T)his time (the US outdid itself) in anti-Russia rhetoric with extremely harsh statements occasionally bordering on bizarre rudeness."

"Such an approach will not benefit the State Department and is indicative of the fact that they treat the culture and norms of state-to-state communication with disdain."

Businessman Trump sought improved relations with Russia — the aim thwarted by surrounding himself with Russophobic hardliners.

The same holds for US hostility toward China, Iran, and other countries on its target list for regime change.