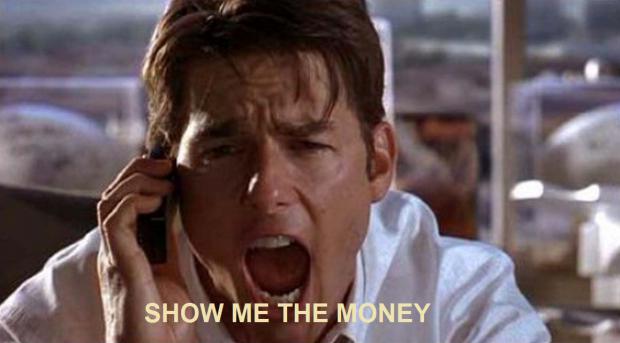 2020 US Economic Collapse a Bonanza for Billionaires

US billionaires are cashing in big at a time of widespread unemployment, underemployment, and deprivation. More below on reported data.

A previous article stressed that the disparity between super-wealth and growing poverty in the US is greater than any time since the 19th century gilded age.

For ordinary Americans, the hardest of hard times are indicative of what may prove to be a new normal.

For 31 straight weeks, over one million jobless Americans filed claims for unemployment benefits.

Each week since March, the number was more than double the total of any previous reporting period at a time when annualized inflation in September was 7.69% — not the phony 1.4% CPI figure.

Because of growing layoffs and extraordinarily high numbers of unemployment insurance filings, US joblessness is likely to rise in the months ahead.

In 2021, the number may be much higher because of what's likely to be protracted Depression conditions.

According to Americans for Tax Fairness (ATF) and Institute for Policy Studies, "(t)he collective wealth of America's billionaires has jumped by $931 billion, or nearly one-third, since mid-March…"

It's at a time of economic collapse, mass unemployment, "and a collapse in taxes collected" at the federal, state and local levels.

Despite the hardest of hard times for tens of millions of US households, the White House and Congress failed to agree on extending financial help to needy Americans after earlier aid expired at end of July.

According to the ATF and IPS report, average wages for working Americans declined 3.5% this year.

"12 million have lost employer-sponsored health insurance during the pandemic as of August 26, 2020."

A Northwestern University study reported that food insecurity affects about 30% of US households with children.

According to ATF and IPS, "1 in 6 renters reported being behind on September rent payments."

"We have extraordinary gains in wealth by a small sliver of the population while millions suffer, this time from the ravages of the pandemic, much of which could have been avoided."

"In the short-term we need a robust pandemic relief package that meets the urgency of the moment, not Senator McConnell's skinny bill that offers political cover."

"In the long-term, we need major reform that taxes the extraordinary wealth of the billionaires and millionaires and uses that wealth to create an economy that works for all of us."

Because of the failure of Washington's ruling class to help Americans in need during a time of economic collapse, "US society is kicking into inequality," said IPS' Chuck Collins, adding:

"The juxtaposition between surging billionaire wealth and the imploding livelihoods of ordinary Americans is grotesque and unseemly."

Without actions by US policymakers to turn things around, millions more lost jobs and greater human deprivation are likely.

Analyst Doug Casey believes that "the US is not going back to things as they once were," adding:

If Biden/Harris win, "there's no way out." The same goes for Trump.

"He wants to print money as much as they do. He's adamant about keeping interest rates at disastrously and destructively low levels."

"He's quite happy to impose all kinds of duties and arbitrarily sign executive orders about anything and everything."

"The Greater Depression is going to be nasty either way."

If borderline-dementia Biden wins, it'll be a Harris-run regime, a figure Casey calls "the most collectivist and statist (US) senator."

She'll "become the de facto president…(Things are) going to get violent" no matter who wins.

It's the wrong time to be growing up in the US and West.

Long ago, new generations had greater opportunities for advancement earlier ones.

Class war changed things. Wealth today is redistributed from ordinary Americans and their Western counterparts to the top 1%.

"By the 1970s, that was reversed. The 2020 crash…accelerate(d) upward wealth redistribution sharply."

"With tens of millions now a 'reserve army' of the unemployed, nearly every US employer can cut wages, benefits, etc."

Dissatisfied workers "are easily replaced." Food insecurity and inability to pay rent or service mortgages will force the jobless to take whatever employment they can get, no matter how unacceptable.

As the disparity between ordinary Americans and super-rich ones grows wider, living standards will decline significantly for most people.

The only solution is grassroots activism, taking to the streets, striking for better conditions, and paying with blood, sweat and tears until equitable gains are won.

It happened before in the US long ago. It can happen again.

Power yields nothing without demands. They're vitally needed today in a nation increasingly unsafe and unfit to live in.