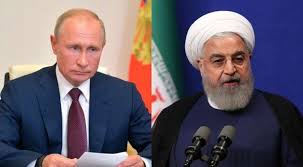 It was just a matter of time before another claim of Russian US election meddling officially surfaced.

On Wednesday, it included Iran — despite no credible evidence ever showing foreign interference in the US electoral process.

What could a foreign nation hope to achieve by meddling in so-called US elections.

Farcical when held, their outcomes assure dirty business as usual continuity every time.

It's how the US one-party state with two right wings operates.

Ordinary Americans have no say over how they're governed or by whom in high places.

Fantasy democracy defines the US system — how it's been from inception, powerful interests running things, assuring governance of, by, and for them exclusively at the expense of ordinary people.

Election meddling abroad is a longstanding US specialty — dozens of countries targeted throughout the post-WW II period, including Russia and Iran.

Key to understand is when no credible evidence corroborates accusations, they're baseless.

No legitimate tribunal would pronounce a defendant guilty if charges aren't backed by hard facts proving them.

In US pre-trial judicial proceedings, all parties are supposed to be afforded the right to full disclosure of alleged evidence backing charges or other claims — nothing allowed to be secret.

It's to assure fairness in judicial proceedings — or at least a greater amount than would otherwise be the case.

The Big Lie about Russian US 2016 election meddling refuses to die.

Repeating the claim ahead of the US November 3 presidential election — Russia and Iran accused — lacks credibility because once again, no supportive evidence was presented, showing none exists.

On Wednesday, DNI John Ratcliffe and FBI Director Chris Wray accused Russia and Iran of taking "specific actions" to influence and interfere in US November 3 elections.

Ratcliffe: "(W)e have confirmed (sic) that some voter registration information has been obtained by Iran, and separately by Russia (sic)," adding:

"This data can be used by (these countries) to attempt to communicate false information to registered voters that they hope will cause confusion (sic), so chaos and undermine your confidence in American democracy (sic)."

"…Iran is distributing other content to include a video that implies that individuals could cast fraudulent ballots, even from overseas (sic)."

"Although we have not seen the same actions from Russia, we are aware that they have obtained some voter information just as they did in 2016 (sic)."

Neither Ratcliffe or Wray presented evidence backing their claims because there is none.

A similar pattern repeats with disturbing regularity against nations unwilling to subordinate their sovereign rights to US interests — notably against Russia, China and Iran.

In response to Monday US charges of "disruptive actions on cyberspace (by six alleged) Russian military intelligence officers" — including against Ukraine, Georgia, "the 2017 French elections and the 2018 Winter Olympic Games, Russian Foreign Ministry spokeswoman Maria Zakharova said the following:

"As usual, no evidence has been presented, except for the hackneyed phrases about Russia's 'implication' in a wide range of destructive activities in the information landscape," adding:

"We categorically reject this kind of speculation."

"Russian state agencies have nothing to do with any malicious activity on the internet, as Washington is trying to portray."

"It is obvious that there are opportunistic political considerations behind this move, the US Russophobic forces' interest in keeping the 'Russian threat' theme afloat in the midst of the US presidential election campaign."

In response to charges by Britain's Foreign Office, falsely accusing "Russia's military intelligence service (of) conduct(ing) cyber reconnaissance against officials and organizations at the 2020 Olympic and Paralympic Games due to take place in Tokyo this summer before they were postponed (sic)," Moscow's envoy to the UK Andrey Kelin said the following:

"I have a feeling that this is a coordinated (US/UK) campaign that will unfold in several waves."

"It is a support act Washington now needs, a social put-up job ahead of the upcoming elections to keep on placing all the blame on Russia in a bid to (blame Russia for) whatever happens in America."

"So it is quite expectable that Russia will be held to blame in case the Republicans lose the race."

"Likewise, it will be blamed by the (Dems) if they lose."

With US elections less than two weeks away, Iranian President Rouhani's chief of staff Mahmoud Vaezi said the following:

"It will make no difference to us which party wins the (US) election, as our policy is clear and definite," adding:

The US is shifting "its attention to foreign issues" to divert from the dismal domestic state of things in the country.

As of pre-dawn Thursday in the US, Iran hadn't commented on new DNI/FBI charges discussed above.

Sidney Powell Lawsuits Against Brazen Fraud in Michigan and Georgia

No Thanks on Thanksgiving During US-Engineered Economic Collapse

Biden a Corporatist, Militarist, and Illegitimate President When Takes Office