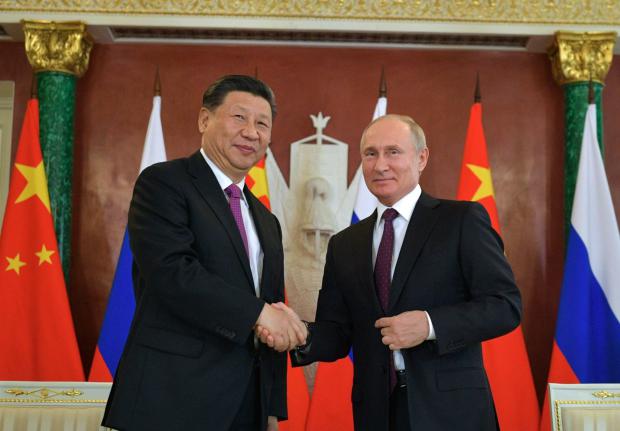 Last week — in addresses to the right-wing Heritage Foundation and US Army Conference — US war secretary Mark Esper called for increased military spending.

At a time when Washington's only enemies are invented, not real, and the US spends more on militarism and aggression than all other nations combined — including its bloated black budgets — Esper wants more.

He falsely accused Russia and China of "undermin(ing) international rules and norms and us(ing) coercion against other nations for their own benefit (sic)."

He lied accusing their ruling authorities of "violat(ing) the sovereignty of states (to) shift the balance of power" — a US, NATO  Israeli specialty, not how Russia and China operate.

He cited "strategic threats" to US national security that don't exist — nor have they throughout the post-WW II period.

His call for increased military spending — when major cuts should be mandated to deal with vital domestic needs gone unaddressed — is all about wanting greater firepower to advance Washington's imperial interests at the expense of world peace and stability.

On Tuesday, Esper was at it again.

At the NATO-connected right-wing Atlantic Council, he repeated nonexistent threats to US national security in calling for "improv(ed) lethality and readiness" of US military capabilities by "investing in game-changing technologies."

He introduced two new initiatives to advance US imperial interests — the Department of Defense Guidance for Development of Alliances and Partnerships (GDAP) and Defense Trade Modernization.

Both initiatives aim to pressure, bully, and/or bribe maximum numbers of nations to ally to Washington's hostile agenda against China, Russia, Iran, North Korea, Venezuela, Cuba, and other nations free from US control.

They're also about pushing for greater US military spending and foreign sales of weapons and munitions, along with related products and services.

He falsely accused China of "us(ing) coercion and financial entrapment to builds its alliances" — a longstanding US specialty.

To boost foreign military sales, he claimed Sino/Russian "state-owned industries can fast-track military exports in ways that we cannot (sic)."

According to Stockholm International Peace Research Institute (SIPRI), the world's top five arms exporters from 2014 to 2018 were as follow:

In 2019, SIPRI noted that the "USA and France dramatically increase(d) (their) major arms exports."

"Half of US arms exports in the past five years went to the Middle East, and half of those went to Saudi Arabia," said SIPRI.

Esper said he eased restrictions on exports of "critical weapons"and will use GDAP to increase arms exports to foreign buyers.

The US makes false accusations against all nations on its target list for regime change — notably blaming them for its own high crimes and other wrongdoing.

Time and again, China, Russia and Iran are falsely called US strategic threats.

While US wars on humanity rage by hot and other means in multiple theaters, the above countries prioritize world peace, stability, and mutual cooperation with other nations —  confrontation with none.