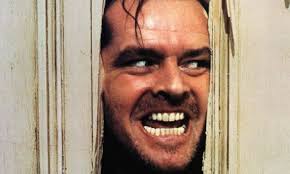 If nations had personhood, the US would be diagnosed as psychopathic, sociopathic, or both — what applies to its ruling class.

America is no normal country, notably far from it throughout the post-WW II period.

There's nothing normal about smashing nations to control them, doing more harm to more people over a longer duration than any other nation in world history.

Hitler was was considered psychopathic. According to psychologist Henry A. Murray, he was "counteractive" — driven by resentment and wanting revenge.

Pathologically narcissistic, he hungered for power through politics, said Murray, what Nietzsche called an exceptional "will to power."

He suffered from chronic anxiety, insomnia, along with other physical and emotional disorders.

Psychoanalyst Erich Fromm said he was "possessed" by anger, resentment and rage, at times unable to control "attacks of anger."

It was evident in his ranting addresses. His emotional abnormalities worsened when early battlefield victories were overwhelmed by defeats.

An emotional mess, his condition worsening over time, Murray called him borderline paranoid schizophrenic and a hysterical "megalomaniac."

It fueled his rage against Jews, Slavs, and others he considered untermensch — racially or socially inferior non Ayrans.

Pure evil described his behavior, what's true of all megalomanics with political power  — notably in the US, figures driven to achieve unchallenged dominance over other nations, no matter the human cost.

They're psychological misfits, Pompeo a classic example, an unapologetic thug, an abhorrent figure, an undiplomat, not the other way around.

He has lots of company in Washington — past and present.

Their behavior is characterized by lack of conscience and insensitivity toward others.

Empowered US hardliners are Hitlerian with nukes and other super-weapons.

She described his father as a "high-functioning sociopath" who "seemed to have no emotional needs at all."

"My uncle does not understand that he or anybody else has intrinsic worth."

For him and his father, wielding power and making money alone mattered.

Like his dad, DJT bullies and humiliates others around him while taking credit for their achievements.

He meets all the characteristics of narcissistic personality disorder — craving adulation, overly agitated when not getting it.

He wears emotions on his sleeve and can't bear admitting failures.

A businessman thrust into the nation's highest office, he surrounded himself with monsters like Pompeo, Bolton now gone, and other extremists like them.

According to criminal psychology expert Robert Hare, Trump and his team fit the definition of psychopathological derangement.

They exhibit "dissocial personality disorder…coldheartedness…pathological lying, (a) grandiose sense of self-worth, (a) parasitic lifestyle," and other abnomalities explained above.

In positions of high power, they threaten everyone everywhere in pursuit of their rage for unchallenged control by whatever it takes to achieve their aims.

Their brains and those of others surrounding them don't work like normal people.

Their psychopathic/sociopathic rage threatens nations and people everywhere, including at home.

US elections are less than two weeks away. The choice for voters between Trump and Biden is between the devil and the deep blue sea.

The same applies for top congressional posts. No one gets them unless willing to support privilege over a nation safe and fit to live in.

The way things were long ago no longer exists — no matter which right wing of the one-party state controls things.