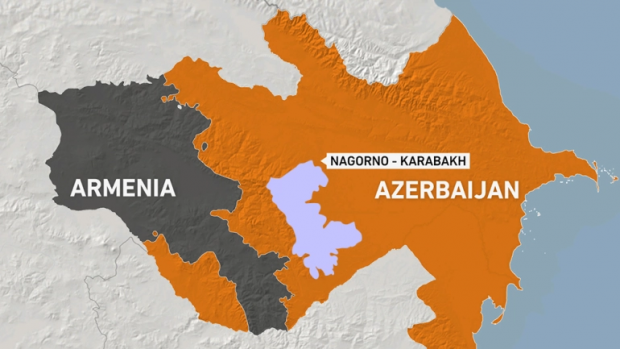 Turkey Allied with Azerbaijan Against Armenia in Nagorno-Karabakh

Most often these type drills are defensive. They're conducted to prepare for possible attacks on the territory of participating nations.

Azeris launched war on Armenia in Nagorno-Karabakh (NK below), its campaign for control of the enclave backed and likely encouraged by Ankara.

The same likely holds for the US and UK, supporting the agenda of one country over another and their own interests.

Most often when conflicts erupt, their fingerprints are all over them, especially in the Middle East and Central Asia.

Why would the US and Britain support Turkey over Armenia? One reason could be to draw Moscow into the conflict.

Along with Russia and four other regional countries, Armenia is a Collective Security Treaty Organization (CSTO) state.

If the territory of any CSTO member state is attacked by a foreign power, other alliance members are obligated to provide military support.

NK is not Armenian territory, so conflict there doesn't require other CSTO countries to aid Yerevan militarily.

Turkey is a NATO member.

Despite uneasy relations between Ankara and the West, notably the US and UK, alliance Article 4 calls for members to "consult together whenever, in the opinion of any of them, the territorial integrity, political independence, or security of any" is threatened.

Article 5 considers an armed attack (real or otherwise) against one or more members, an attack against all. Collective self-defense is called for.

Based on what's now known, Turkey helped Azerbaijan prepare for preemptive war on Armenia in NK.

If Turkish commanders are harmed by ongoing fighting, accidentally or otherwise, Ankara could retaliate against Armenia militarily.

The US and maybe Britain would very much like to draw Iran into the NK conflict.

If fighting spills into its territory, its forces might respond in self-defense, giving the US and UK a pretext to terror-bomb Iranian targets.

Saying Armenian forces reserve the right to respond in kind against an Azeri military facility risks expanding conflict to the territory of both countries.

Under this scenario, Russia could get involved to defend its CSTO partnered state — potentially drawing the US, UK, and other NATO countries into the conflict, Turkey as well more directly.

The above is a nightmarish scenario Moscow and Tehran very much want avoided.

During a Wednesday interview on the NK conflict, I was asked what more can Russia do resolve it.

Major differences between Armenia and Azerbaijan on the one hand, Yerevan and Ankara on the other, are longstanding.

Resolving them to halt fighting might be beyond the diplomatic skills of any negotiator.

I responded to the question, saying Sergey Lavrov's strategy may be to keep talking to his counterparts and leadership of both warring sides — in person as much as possible, otherwise by phone, urging a halt in fighting.

Protracted conflict in NK assures losers, not winners, he understands.

With Turkish help, Azeri forces could gain an advantage over Armenia's military.

Baku perhaps could drive Yerevan out of NK partially or entirely.

If fighting continues for weeks or months, mass slaughter and destruction in the enclave will leave no prize for either side to claim.

The prevailing side, if things turn out this way, will have countless numbers of corpses to bury and likely billions of dollars needed for reconstruction.

On Wednesday, Lavrov proposed deploying Russian peacekeepers to monitor things along the line of control in NK.

He clarified his proposal, saying "not even peacekeepers (should participate in the verification mechanism), but military observers that would be sufficient."

"We believe that it would be perfectly correct if these were our military observers, but the final word should be with the sides (of the conflict)."

"Of course, we proceed from the fact that both Yerevan and Baku will take into account our amicable relations, relations of strategic partnership."

Stressing his country's close ties to Turkey, Azeri President Ilham Aliyev said Baku, Yerevan, and Ankara would have to agree on Russia's involvement this way.

He claimed Baku and Ankara do not want "to stop their aggression."

"In addition to shelling the city of Martakert, the enemy (Baku) also employed air force (warplanes) in the northeastern direction."

It's unclear if they'e civilians or military personnel.

Calling a military solution unacceptable, he said "(w)e do not agree with the position voiced by Turkey, that was also expressed several times by (Azeri) President Aliyev," adding:

"It is not a secret that we cannot agree with a statement that a military solution to the conflict is permissible."

International Committee of the Red Cross director for Eurasia Martin Scheupp called on both sides to halt fighting.

"We project that at least tens of thousands of people across the region will need support over the next few months," he stressed, adding:

"Homes, businesses and once-busy streets are being reduced to rubble."

"The elderly and babies are among those forced to spend hours in unheated basements or to leave their homes for safety."

Conflict is in its third week with no signs of either side backing down.

Russia continues trying to get them to halt fighting and discuss differences diplomatically.

Ceasefire agreed to by their foreign ministers in Moscow didn't take hold.

"It was probably among the most difficult battles in this war."

Fighting could continue for weeks if Russia's best efforts fail to get both sides to observe ceasefire agreed to last Friday.