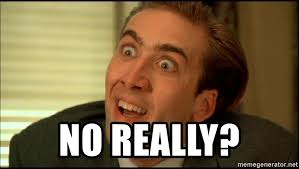 They challenged police, burned Trump in effigy, and were responsible for violence, chaos, and looting of stores.

There were calls to block the Electoral College from declaring Trump president because Hillary won the popular vote.

Others urged impeachment once Trump took office — what Dems tried and failed at in December 2019 on "trumped" up charges.

The media-supported plot to vilify Trump for the wrong reasons never quit.

Will disruption in the streets repeat if Trump defies the odds and defeats Biden/Harris?

Results of the 2020 race for the White House most likely won't be known for days, perhaps weeks, post-election — because of an expected unprecedented number of mail-in ballots requiring time to tabulate.

According to one estimate, nearly 40% of registered voters intend exercising their franchise by mail.

Dems reportedly are far more likely to vote by mail than Republicans.

Election night results may show Trump leading Biden with millions of ballots remaining to be counted.

Will chaos and courtroom battles follow? Will the Supreme Court be the final arbiter as in 2000?

Because of large-scale voting by mail expected, Trump in July said the process will "be fixed. It will be rigged."

Biden earlier claimed that DJT "is going to try to steal this election."

According to Law Professor Rosa Brooks involved in the project, each simulated close election result led to "the brink of catastrophe."

Factors concerning her include cable and broadcast networks — seeking a competitive advantage — prematurely declaring a winner on election night after polls close.

It calls for mass disruption nationwide to counter an imaginary coup if Trump wins a second term in office, stating the following:

"Preventing Donald Trump from stealing the election and remaining in office is likely to take mass, sustained disruptive movements all over the country," adding:

"In the context of a coup or highly contested election we need to be clear that our actions must directly affect the structures and pillars of power."

"Our largest asset in this regard utilizes the ideas of non-compliance through massive, broad based direct action."

"(W)e need to be in the streets, on the highways, or at the sites of power and power holders."

"In our jobs and lives we must refuse to allow those taking control the legitimacy of the power they seek through strikes, slowdowns, and boycotts, and public refusal to accept an illegitimate ruling party."

"In order to really win we will need to force some pillars of power (business, military, media, or other major institutions) to decide to side with the people, or at least get out of the way."

"If everyday life goes on, a despot will not leave power, and so there will be no incentive for real systems change."

"You want to think about what it might take to stop business-as-usual."

The above reads like a coup plot if Trump defeats Biden.

A so-called Disruption Project group may be behind the document.

It calls itself "dedicated to supporting uprisings, resistance and mass direct action."

Election 2020 most likely will be unlike earlier ones in the US.

Post-election violence, vandalism and chaos may follow no matter how it turns out.

At a time of economic collapse, mass unemployment, and widespread deprivation, anything ahead is possible in the streets to try turning things around.