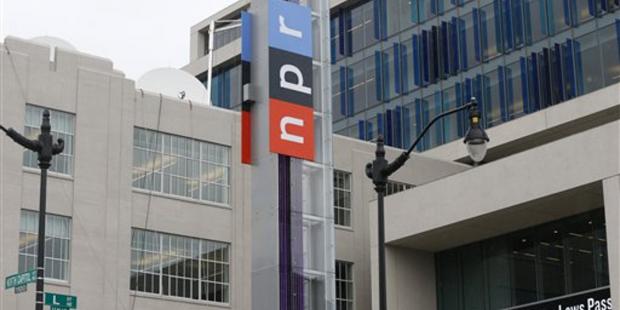 They never met a US war by hot or other means against nonthreatening nations they didn't wholeheartedly cheerlead, — nor government of, by, and for privileged interests exclusively at the expense of equity, justice and the rule of law.

The NYT, a staunch advocate of the above policies and countless others harming ordinary people everywhere, praised what it called "democratic" PBS.

Like its NPR counterpart and other propaganda media, PBS abhors the notion and it shows by what it promotes on air and excludes.

It's "not just an in-depth rundown of the day's events."

"It's also a careful exploration of the full panoply of issues surrounding those events (sic)."

It scorns truth and full disclosure, featuring state-approved content exclusively, the same true for NPR — why it's nicknamed National Pentagon or Petroleum Radio.

The Times highlighted "contributions" by filmmaker Ken Burns to PBS.

Omitted was truth-telling about his 2017 10-part reinvention of the Vietnam War.

An exercise in mass deception, he ignored a decade of US rape and destruction of a nonbelligerent nation threatening no one.

Nothing in hours of television explained the slaughter of millions of Vietnamese civilians or effects of deadly Agent Orange.

The dioxin defoliant is one of the most toxic known substances, minute amounts able to cause serious illnesses or death.

After watching episode one, John Pilger, a war correspondent during the war, said the following:

"There was no good faith," Pilger stressed. "The faith was rotten and cancerous."

There was "no mention of Vietnamese dead, only Americans" – a deplorable whitewashing of one of history's great crimes.

Burns is an apologist for imperial power, mindless of its ruthlessness.

His Vietnam War episodes are a shameful attempt to sanitize mass slaughter and destruction, to rewrite history.

The same applies to PBS, NPR, the NYT, and other establishment media — supporting US aggression and other high crimes of state instead of exposing and denouncing them.

Fairness & Accuracy in Reporting (FAIR) exposes mass media Big Lies and deception, their subservience to powerful interests at the expense of truth-telling journalism the way it's supposed to be.

Reporting on an earlier PBS NewsHour episode, correspondent Margaret Warner ignored US support for ISIS in Syria, Iraq, and elsewhere.

Mindless of their control over valued Syrian assets at the time because of US backing, she asked:

"Why can't you just bomb them out completely," ignoring mass destruction of valued Syrian property, along with mass slaughtering civilians held as human shields if this action was taken.

The right question not asked was and remains why does the US use ISIS and likeminded proxies in the Middle East and elsewhere?

Why do the Pentagon and CIA recruit, arm, fund, train, and direct these jihadists?

Why are they used to further US imperial interests while pretending otherwise?

Questions posed on the PBS NewsHour and NPR divert attention from what's most important to report to viewers and listeners.

An earlier FAIR study exposed lack of "balance or diversity of perspectives" on the PBS NewsHour.

Men are overwhelmingly featured over women. People of color get short shrift.

Most often when invited on-air, it's a figure of prominence from both right wings of the one-party state.

FAIR responded saying throughout its years on air, the NewsHour "utterly failed the public it exists to serve."

The same goes for NPR, a propaganda machine masquerading as fair and balanced reporting.

The propaganda report described him as "a fugitive in his  own country" confronting "authoritarian President Nicolas Maduro (sic)."

Ignored were two decades of US war on the country by other means, an attempt to immiserate its people and suffocate the nation into submission to Washington's will.

It noted that when hardliner Otto Reich headed US regional propaganda in the 1980s, he told NPR that his so-called Office of Public Diplomacy contracted "a special consultant service" to monitor all its reports on Latin America.

In response, FAIR explained that "(d)ependent on state funding, NPR promptly buckled under pressure, reassigning reporters viewed as 'too easy on the Sandinistas,' and hiring conservative pundit Linda Chavez to provide 'balance.' "

"Today, NPR needs no state coercion to toe Washington's regime change line on Venezuela" and all other countries on its target list.

They all feature state-approved propaganda over truth and full disclosure on all issues mattering most.

Following them assures being misinformed and disinformed — a steady diet of fake news over the real thing.