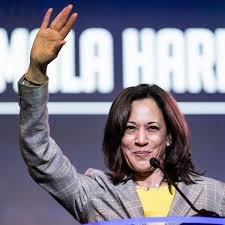 Whenever US presidential and congressional elections are held, voters get to choose between two pro-war, pro-corporate empowerment, anti-progressive right wings of the one-party state.

Names and faces change, results always the same. Dirty business as usual wins every time — notably since the neoliberal 90s.

On issues mattering most, Dems are indistinguishable from Republicans. One-party rule assures continuity.

On November 3, US voters once again have no candidates for president and key congressional posts who represent their interests because duopoly rule shuts out alternative choices.

From inception, democracy in America was and remains pure fantasy.

US rule of the people, democracy the way it should be, exceptionalism, moral superiority, and the indispensable state don't exist.

Governance is of, by, and for the privileged few exclusively at the expense of most others.

We the people applies solely to plutocrats, oligarchs, kleptocrats, and other power brokers.

It's the American way, how the nation's founders intended things to be.

The US ruling class doesn't give a hoot about the nation's poor, unemployed, underemployed, and others most disadvantaged — only about their own interests.

Who is Kamala Harris? See below.

They'll face champion of wealth, power and privilege over progressive politics Joe Biden — an establishment figure who for around half a century has been hostile to peace, equity and justice for all.

Calling her a "fearless fighter for the little guy (sic), and one of the country's finest public servants (sic)" defied reality.

Her disturbing public record is polar opposite this description, why Dem power brokers chose her as Biden's running mate.

Her prosecutorial/political history is pockmarked with serving privileged interests and her own exclusively at the expense of due process and equal justice under law.

Her record belies her claim to be a judicial reformer, just the opposite.

In May 2010, Superior Court Judge Anne-Christine Massullo slammed her for failing "to produce information in her possession regarding" a dubious witness for the prosecution, calling her action "a violation of the defendant's constitutional rights," adding:

Repeated court requests to comply with proper procedures were met with "a level of indifference."

"T)ime after time, when progressives urged (Harris) to embrace criminal justice reforms as a district attorney and then the state's attorney general, (she) opposed them or stayed silent."

"Kamala Harris was not a 'progressive prosecutor. (She) was often on the wrong side of history when she served as California's attorney general."

"Most troubling, Ms. Harris fought tooth and nail to uphold wrongful convictions that had been secured through official misconduct that included evidence tampering, false testimony and the suppression of crucial information by prosecutors."

She "also championed state legislation under which parents whose children were found to be habitually truant in elementary school could be prosecuted, despite concerns that it would disproportionately affect low-income people of color."

In response to a 2014 Orange County, CA judicial ruling against the death penalty, calling it unconstitutional, Harris bizarrely argued that the decision "undermines important protections that our courts provide to defendants."

In the same year, she opposed voter-approved Proposition 47, reducing certain low-level felonies to misdemeanors — by staying silent on the issue instead of championing it.

In 2015, she opposed legislation requiring her office to investigate shootings by police and declined to support having them wear body-cameras.

Instead of seeking justice, time and again she obstructed it as a way to burnish her prosecutorial record for advancement to higher office.

"Through her apologia for egregious prosecutorial misconduct, her refusal to allow DNA testing for a probably innocent death row inmate, her opposition to legislation requiring the attorney general's office to independently investigate police shootings and more, she has made a significant contribution to the sordid history of injustice she decries."

"The job of the attorney general is not to protect the DA. As chief law enforcement officer of the state, the attorney general's duty is 'to see that the laws of the State are uniformly and adequately enforced,' as mandated by Article V of the California Constitution."

In the US, equal justice under law is a meaningless figure of speech.

The system is politicized against the poor, people of color, Muslims and others most disadvantaged.

Trump/Pence v. Biden/Harris in November amounts to a choice between death by firing squad or hanging.

That's how it always is when US presidential and congressional elections are held.

The people's choice is none at all.

Democracy in America is a meaningless figure of speech.

US voters have no say over how the country is run.

They get the best "democracy" money can buy!

Over a Million UI Claims for 27 Straight Weeks, Unprecedented US Economic Collapse