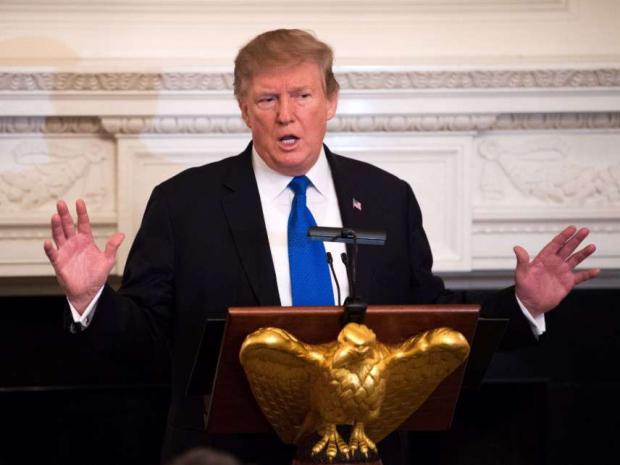 Under Article I, section 9, clause 7 of the US Constitution (the appropriations clause), "(n)o money shall be drawn from the Treasury, but in Consequence of Appropriations made by Law."

Congress has exclusive legislative power of the purse.

The appropriations clause requires the president and federal agencies to spend only what Congress appropriates.

Spending not congressionally authorized is unconstitutional.

According to Supreme Court rulings on the Constitution's appropriation clause, the executive branch may not authorize payments from the Treasury beyond congressionally authorized amounts.

The White House and GOP controlled Senate leadership agreed only to go along with extending sub-poverty benefits to unemployed workers, nothing to cash-strapped states, limited eviction and student loan protection, and little more.

It's way less than what's vitally needed at a time of unprecedented economic collapse with around 30% of working-age Americans left jobless.

Throughout his time in office, Trump consistently showed profound indifference toward public health and welfare — exclusively serving privileged interests at the expense of world peace, equity, justice, the rule of law, and a nation safe and fit to live in.

He reduced expired unemployment benefits of $600 to $400 and unlawfully suspended payroll taxes — for workers earning less than $100,000 annually — through year end that fund Social Security and Medicare.

His executive order requires cash-strapped states to cover 25% of $400 weekly benefits —from funds they don't have. The $300 in weekly federal benefits will only go to recipients in states that pay them $100.

According to Tax Policy Center's Howard, Gleckman, his action, if sticks, "blow(s) a trillion dollar hole" in the trust funds that provide benefits to eligible recipients.

Given the reality of harder than ever hard times likely to be protracted, the extra amount is unlikely to be used for anything other than essentials to life and welfare.

His actions have nothing to do with "sav(ing) American jobs and provid(ing) relief to American workers" as he claimed — everything to do with circumventing the rule of law to do as he pleases, along with failing to do the right thing.

In remarks on Saturday, he added that if reelected in November, he'll continue to suspend payroll taxes and push for "terminat(ing)" them altogether — a way to expedite termination of Social Security and Medicare when their trust funds are depleted.

"The pen-and-phone theory of executive lawmaking is unconstitutional slop."

Instead, a new federal bureaucracy will be established that could take "months" to begin operating. The same requirement will fall on states.

Trump's suspension of evictions only calls for federal agencies to "consider" halting them.

They'll be exhausted in weeks if used for this purpose so further funding will be needed he can't legally authorize on his own but perhaps will do it anyway.

He also failed to say when benefits to recipients will begin.

It puts an immense burden on states they'll be hard-pressed to implement, months likely required before anything can be done that at best will be far less than what's vitally needed.

Dems so far haven't indicated whether they'll challenge his orders judicially. If so, will Supreme Court justices have final say on this issue?

He "does not comprehend the seriousness or the urgency of the health and economic crises facing working families."

Actions by both right wings of the one-party state seek political advantage in the run-up to November elections.

As political posturing continues, ordinary Americans are enduring the most severe economic crisis in US history.