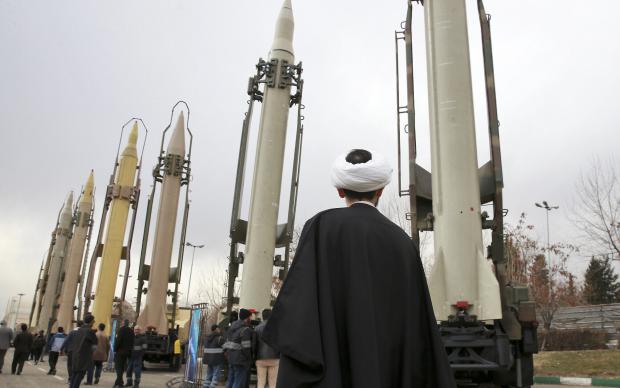 A UN conventional arms embargo on Iran is set to expire on October 18 under terms of Security Council Res. 2231 that unanimously affirmed the JCPOA, making it binding international law.

The Trump regime wants the unacceptable embargo extended indefinitely, part of its war on the Islamic Republic by other means that's always at risk of turning hot because of longstanding US hostility toward Iran's sovereign independence.

Pompeo threatened unspecified Trump regime actions against the country and its people if the Security Council fails to renew the arms embargo that looks certain to be rejected by most SC members when an unacceptable US resolution is tabled on Monday, a Tuesday vote scheduled.

DJT unlawfully withdrew from the JCPOA in May 2018, giving his regime no legal say over its implementation or whatever relates to it.

Foreign Policy magazine published a draft of the US resolution, continuing a litany of bald-faced Big Lies about Iran — ignoring longstanding US war on the country by other means.

Its aim is all about wanting the Islamic Republic returned to US client state status, its vast hydrocarbon resources handed over to Big Oil for looting, along with wanting Israel's main regional rival eliminated.

The Trump regime's draft resolution falsely accused Iran of launching missies at Saudi sites — how the US, NATO and Israel operate against their enemies in contrast to Iran's pursuit of regional peace, stability and mutual cooperation.

It lied accusing Tehran of jeopardizing regional freedom of navigation.

It lied accusing Iran of tanker attacks in the Strait of Hormuz and Sea of Oman.

It lied accusing Tehran of belligerence in Iraq, ignoring illegal US occupation of the country and neighboring Syria.

It lied accusing Iran of supporting militias and other armed groups to destabilize the region — a US specialty wherever its hostile to peace forces show up.

Its scheme to weaken and isolate the country failed long ago. The unacceptable Security Council resolution is the latest example of its doomed agenda to transform Iran into a US vassal state.

Britain, France, Germany, and Brussels oppose the scheme. So do Russia and China, vowing to veto it if there aren't enough opposition votes against it.

If the measure fails as expected, the Trump regime will likely invoke the so-called JCPOA snapback provision, allowing any of its signatories to reimpose sanctions that were null and void when the agreement took effect in January 2016.

Since the US no longer is part of the JCPOA, it has no legal right to invoke anything related to the landmark deal.

In June, Britain, France and Germany issued a joint statement, saying reimposition of sanctions "would be incompatible with our current efforts to preserve the JCPOA," adding:

"We firmly believe that any unilateral attempt to trigger UN Sanctions snapback would have serious adverse (Security Council) consequences."

The Trump regime falsely claims it may legally invoke the snapback provision, ignoring its unlawful abandonment of the JCPOA — breaching the Security Council Res. that automatically became US constitutional law.

With US November US elections less than three months away, Trump trailing Biden by a double-digit margin in some polls, his time in office to end in January if not reelected, he'll likely OK hostile actions against Iran in the next few months.

What precisely will be known in the fullness of time.

Historians won't likely treat him kindly, his time in office reflecting dismal failure domestically and geopolitically — notably his militant hostility toward public health and welfare, along with endless wars on humanity.