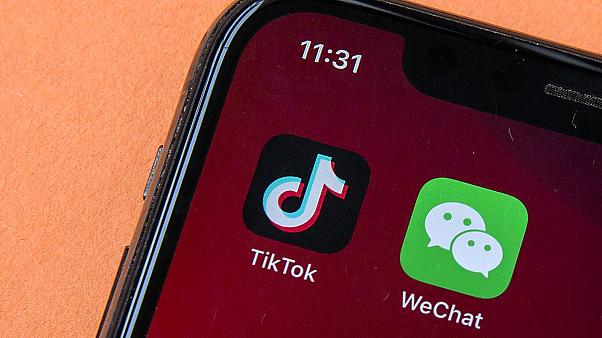 By executive order that's effective in 45 days, Trump banned China's video-sharing TikTok from operating in the US under the ownership of its present parent company.

The WeChat mobile text and voice messaging communication service was also banned from operating in the US.

Trump's hostile action was his regime's latest assault on Sino/US relations — based on nonexistent national security concerns, the phony pretext invoked time and again in pursuit of US hegemonic aims.

Trump's EO cites dubious authority under the US National Emergencies Act and International Emergency Economic Powers Act at a time when no emergency exists relating to China, its private enterprises, or any other nations.

No evidence was cited to corroborate the above accusations because none exists.

Nothing suggests the video-sharing service "may also be used for disinformation campaigns that benefit" Beijing.

Claiming "risks are real" is one of countless examples of US Big Lies and deception.

Nothing whatever justifies the US "tak(ing) aggressive action against the (ByteDance) owners of TikTok to protect our national security."

According to the Eurasia Group, a research and consulting firm, Trump's EO is an "unprecedented intervention by the US government in the consumer technology sector."

Shanghai consultancy China Skinny managing director Mark Tanner said the ban on WeChat will greatly impact the ability of Chinese nationals in the US to keep "in touch with folks back" home through the mobile text and voice messaging service, adding:

Many current users may circumvent the ban by using VPNs (virtual private networks)" that are readily available to mobile users and everyone connected online.

The Trump regime targeted scores of Chinese tech companies, additional ones likely to be barred from the US market based on phony national security concerns — part of hostile US war on China by other means.

Microsoft is in talks to buy TikTok. Other US tech firms may want to acquire the firm.

On Friday, China's Foreign Ministry denounced Trump's ban on TikTok and WeChat as US "hegemony on full display."

"The real challenge to the current international order…is that the US places its own interests above everything else, and takes this as its code of conduct."

"It has gone extreme to pursue unilateralism and bullying."

China's official People's Daily accused the US of "dragg(ing) the world's most important relationship into a dangerous zone."

"Such a blatant act of bullying runs against the World Trade Organization's principles of openness, transparency and non-discrimination, and has exposed (Washington's) hegemonic nature."

China will surely retaliate in ways it considers appropriate in response to hostile US actions.

Terry Branstad Unexpectedly Quits As US Ambassador To Beijing