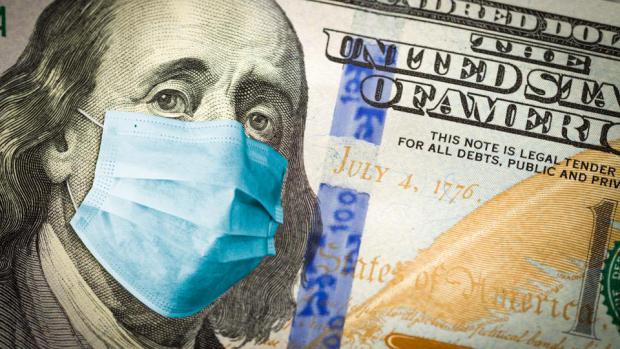 Dems and GOP to Debate Extended Stimulus Next Week

Trump opposes extension of benefits in any amount that doesn't include suspension of employer and worker payroll taxes at least through yearend. More on this below.

Unemployed workers now get $600 weekly for four months through July 31.

If benefits aren't extended at a time of economic collapse, punctuated by 17 straight weeks of over a million new claims for unemployment benefits — real US unemployment exceeding 32%, based on how calculated pre-1990, things will be catastrophic for millions of US households.

According to Center on Budget and Policy Priorities chief economist Chad Stone, Dems and Republicans may agree on reduced stimulus in the coming days.

Without vitally needed federal aid, jobless US workers will only get state benefits to last from 26 to 39 weeks — amounts ranging from $531 in Massachusetts to $101 in Oklahoma.

In 29 states, no moratorium on evictions exists. CARES legislation granted a temporary reprieve for residents of dwellings backed by federal mortgages or  government-assisted housing payments.

The provision covers about 30% of renters. What's needed is a moratorium on rent and mortgage payments for unemployed workers — as long as economic crisis conditions affect them.

House Dems support these policies for political reasons — ahead of November elections. Many Republicans oppose them.

Are mass evictions coming in the weeks and months ahead without enough federal unemployment aid to prevent them?

As large numbers of layoffs continue, the ranks of America's unemployed are rising steadily, an unprecedented Greater Depression calamity for affected tens of millions.

Most likely before end of July, Republicans and Dems will agree on extending reduced federal stimulus benefits.

The White House suggested willingness to accept a scaled-back amount to needy households on the order of between $200 and $400.

According to the Washington Post this week, the White House signaled a "willingness to approve a narrow extension of the enhanced unemployment benefits" well below the current amount — along with another one-time stimulus payment, similar to what the CARES Act authorized for the most needy households.

With little time left before current federal benefits expire, it's vital for legislation to be adopted by Congress and signed into law by Trump in the coming days.

His aim that's supported by hardline Republicans is cutting Social Security and Medicare funding to kill both programs over time.

So far, Dems reject the scheme. Politico said the idea "has fallen on deaf ears on Capital Hill," Dems and most Republicans against it — with November elections less than four months away.

"(T)here is no sign" that Senate Majority Leader McConnell will include a payroll tax cut in a GOP stimulus bill.

On July 16, the Economic Policy Institute (EPI) stressed that US unemployment remains at historically high levels.

In the most recent week, 2.5 million US workers applied for unemployment insurance — not the reported 1.3 million figure, EPI saying "that's not the right number to use."

If a large enough amount of stimulus isn't extended for as long as economic crisis conditions exist, individuals with less money will spend less because they have less to spend — making dire economic conditions worse than already.

EPI explained that households now getting $600 weekly support the equivalent of "over 5 million jobs."

If the amount expires entirely, "more than 5 million jobs" will be lost. If the amount is scaled back, lost jobs will be proportional to amounts no longer received.

If benefits aren't reinstated right away, "recipients will face a lapse in benefits of two to four weeks."

Most Americans are enduring the most dire economic conditions in US history — that are likely to be protracted.

If federal aid to the unemployed isn't continued in large enough amounts and renewed as long crisis conditions continue, tens of millions of America's most disadvantaged will face harder than ever hard times that seemed unimaginable last year.