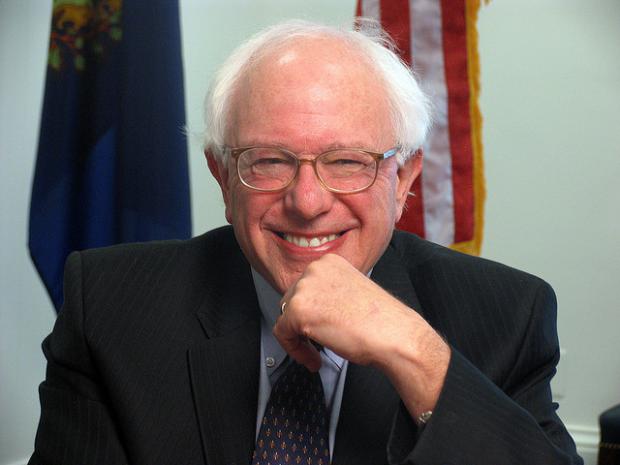 Throughout his political career, Sanders operated as the human equivalent of a Trojan horse.

Betraying his foolhardy supporters time and again by backing powerful interests, he's no different from other US dirty politicians.

Like the vast majority of Washington's political class, time and again he says one thing while going another way, notably on issues mattering most, his soul for sale at the right price.

He's a progressive socialist in name only, never the real thing.

Rare exceptions prove the rule, far too few to matter.

In 2016, he endorsed the Dem party platform no progressive would touch.

Ignored was Washington's imperial project, its endless preemptive wars on nations threatening no one.

There was nothing in it against police state laws, nothing endorsing governance of, by and for everyone equitably, the general welfare, making America beautiful for everyone, instead of its privileged few alone.

Hard-wired policies of both right wings of the one-party state reject all of the above and much more in deference to wealth and power interests exclusively at the expense of public health and welfare.

What's shaping up to be the 2020 Dem party platform is much the same as the above — Sanders onboard supporting what demands rejection, further burnishing his con man credentials.

He lied calling the 2016 platform "by far the most progressive in the history of the (Dem) party (sic)" — polar opposite reality.

In March, Sanders unsurprisingly abandoned his base again by endorsing Biden.

Ignored his near-half century of support for high crimes against humanity, racism, and betrayal of the public trust — his rap sheet much like the Clintons.

Aiming to reinvent Biden, an impossible task, Sanders falsely claimed with him as president, Medicare for all and other progressive policies would be enacted into law.

Sanders lied saying a Biden presidency will benefit the lives and welfare of "tens and tens of millions of working people," along with improving the environment, the criminal justice system, and living conditions of low-income people.

Biden's agenda will be spelled out in the Dem party platform ahead.

Based on what's known so far, there's nothing remotely progressive about it — more an anti-New Deal than an agenda resembling a modern-day version.

Universal healthcare/Medicare for all was abandoned like always before in US history, including by FDR's New Deal, HST's Fair Deal, and LBJ's Great Society.

Biden's agenda includes support for Obamacare, what I long ago called a scheme to enrich Big Pharma, insurers and large hospital chains at the expense of a fundamental human right — universal healthcare for all Americans, everyone in, no one left out.

Nothing less is acceptable. Sanders again abandoned his core rhetorical aim, bowing to wealth and power interests over the public welfare, how he always operates.

Abandoned as well from Biden's agenda he supports is a Green New Deal, tuition-free higher education, and elimination of the US Immigration and Customs Enforcement agency (ICE).

It's an instrument of state terror against unwanted refugees and asylum seekers of the wrong race, ethnicity, religion or nationality, mistreating them like criminals.

Biden is like the vast majority of his predecessors.

If elected, his presidency will assure continuity — dirty business as usual like throughout most of the post-WW II period.

He'll pursue what he supported throughout a near-half century of public life as US senator and vice president.

There's no ambiguity about it — a sordid record of support for endless wars, Wall Street, other corporate interests, and neoliberal harshness imposed on the vast majority of Americans.

Today it's at a time of economic collapse, mass unemployment and underemployment — creating a permanent vast underclass of impoverishment and deprivation in the world's richest nation that's uncaring about its least advantaged.

Sanders' endorsement of Hillary in 2016 and Biden today shows where he really stands — on the wrong side of virtually everything he endorses rhetorically.

In March, he voted for the US CARES Act corporate America giveaway that demanded rejection.

The grand scheme, together with Fed policy, was designed to hand Wall Street, other business favorites, large hedge funds and well-connected investors with trillions of dollars of free money, ordinary Americans getting short-term peanuts through end of July.

The largest-scale handout in US history did nothing to foster economic growth, nearly everything earmarked for unbridled speculation in equities and other investments.

Sanders' support for Biden and the Dem party proves he's on the wrong side of virtually everything he claims to support — backing wealth and power interests real progressives reject.

Ignore his rhetoric. Judge him by his actions. Instead of going all-out for progressive change, he aims to prevent it.

Throughout his political career, he's been a loyal servant of powerful interests like other undemocratic Dems, pretending otherwise.

Did I exaggerate by calling him a closet neocon? Examine his political record and judge for yourself.