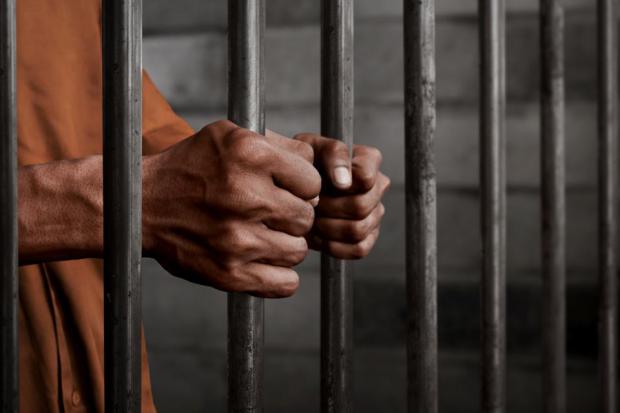 Large numbers of people in close contact indoors virtually assure many more COVID-19 outbreaks and deaths from the disease than in the general population.

The Trump regime doesn't take the issue seriously, not when outbreaks first began, notably not now with record numbers of cases reported most days — a record-high 60,000+ on Wednesday.

Official White House policy ignores the issue, failing to provide help to states and local communities, hoping it can prevent the severest public health crisis in modern times from being a major election issue.

Dems' strategy and most establishment media are using what's going on to make Trump a one-term president.

If numbers of outbreaks and deaths keep increasing throughout the summer and fall, Biden will likely succeed him in January, along with Dems maintaining control of the House and gaining it over the Senate.

Most often in US history, government is divided between both wings of the one-party state.

Bush/Cheney controlled the White House and Congress during most of its tenure. So did JFK and LBJ. Dwight Eisenhower did for a portion of his presidency.

From the late 1920s to early 1930s, Republicans ran all three branches.

New Deal, Fair Deal, Great Society years were exceptions to the rule in how the US has been governed.

Most often, both right wings of the one-party state serve privileged interests exclusively at the expense of the public welfare.

The world's richest country USA has done the must abysmal job in dealing with cases.

Based on current trends, they could be much higher this fall and winter, cooler weather accelerating outbreaks.

They're worst of all among the US prison population, the world's largest by far, including thousands behind bars for political reasons.

What's longstanding in the US is testimony to its contempt for equity, justice, and the rule of law, — not adherence to its fundamental principles that's never been core US policy, just the opposite.

According to the Prison Policy Initiative, around five million or more Americans are arrested, imprisoned or jailed annually, millions more under correctional supervision, people of color disproportionately affected, Blacks most of all.

Because healthcare in US federal, state, and local prisons is abysmal, contracting the virus is especially of concern for older inmates with weak immune systems and other health issues.

They're certain to be ill-treated, why're hundreds already died behind bars, most other ill unmates left to suffer under harsh gulag conditions.

According to Solidarity Watch.org, numbers of US prison inmates held under these conditions increased from around 60,000 before COVID-19 outbreaks began to an estimated 300,000 now.

Longterm solitary confinement is torture by other means, a flagrant 8th Amendment breach.

Locking people in cages longterm with little or no human contact flagrantly violates the letter and spirit of the law.

Yet it's standard US prison practice nationwide, victims out of sight and mind, ignored by society, including establishment media.

There's virtually no limit on how long inmates can be isolated in federal, state, and local confinement.

When ill in isolation, things are harshly worse.

On July 8, the Journal of the American Medical Association (JAMA) published a report on COVID-19 cases in federal and state prisons, explaining the following:

An elevated risk of cardiac, respiratory, and other serious health issues exists besides an environment that's highly conducive to spreading COVID-19 from one infected inmate to others.

Most inmate deaths were aged-65 or over.

COVID-19 cases and deaths are substantially higher and escalating much more rapidly in prisons than in the general US population.

Clearly it's because large numbers of inmates are in close proximity to each other — compounded by profoundly dismal healthcare in US prisons.

The US honors its worst and either harms or is indifferent to its best and most disadvantaged.

Most US prison inmates are behind bars for nonviolent offenses, many for illicit drug possession or other misdemeanors that in most societies are too minor to matter.

America's prison/industrial complex grew exponentially over the last half century because of institutionalized racism, police state toughness, judicial unfairness, political persecution, and a guilty unless proved innocent system for society's most disadvantaged.

While Blacks are disproportionately imprisoned, Native Americans have the highest percent of their population behind bars.

Mass incarceration in the US is a growth industry, a form of human trafficking, including privately-run prisons, their management incentivized to fill beds and provide barebones services for maximum profits — including minimal healthcare even for seriously ill inmates.

There's never a good time for anyone to languish behind bars.

Because prisons are incubators for spreading infectious diseases, it's especially hazardous to human health and welfare to be behind bars now.

If the present trend continues, numbers of COVID-19 outbreaks and deaths in US prisons and overall society are likely to be much higher this fall and winter.

It's especially worrisome in a nation that's notoriously indifferent toward the health and welfare of its ordinary people, worst of all for those behind bars.