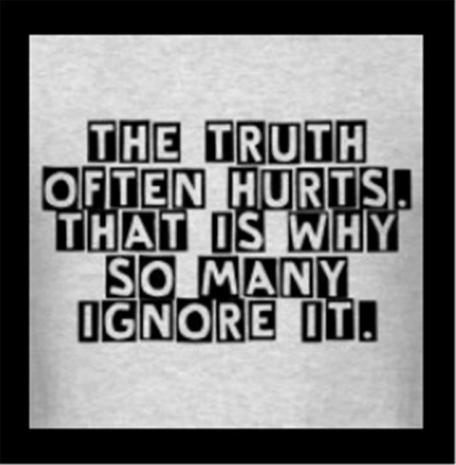 Abhorrence of Truth and Full Disclosure in Reporting

Full disclosure truth-telling is the gold standard of what journalism the way it should be is all about — nothing less, no compromising, above all never bending to wealth and power interests over the public welfare.

Long ago abandoned by establishment media, notably ones with self-proclaimed high standards like the NYT, state-approved press release reporting substitutes for the real thing on major issues, especially geopolitical ones.

Fairness & Accuracy in Reporting (FAIR) earlier ripped the NYT and other establishment media for their "long history of lamenting wars they…s(old)" to the public as liberating struggles.

An example it cited was an earlier Times editorial on "forever wars" — stressing that its editors supported and continue to back all US wars of aggression against nonbelligerent states threatening no one throughout the post-WW II period.

Ignoring the rule of law and harm to countless millions of US victims, the Times holds back on laying blame where it belongs — blaming victimized nations for US high crimes committed against them.

At the same time, it maintains the myth of US war on terrorism, a colossal hoax it supports by failing to explain what it's all about — state terror on an unprecedented scale against one country after another, including at home against whistleblowers and other targeted individuals.

All US wars are based on Big Lies and deception. Truth-telling would destroy phony pretexts for waging them — why establishment media suppress them.

Discussing their support for smashing nations preemptively without just cause, John Pilger earlier slammed what passes for journalism in the US — calling its mainstream variety "the source of arguably the most vociferous brainwashing in that country's history."

When the US wages naked aggression on invented enemies (real ones don't exist), its major media march in lockstep, supporting what demands condemnation.

In mid-June, FAIR stressed that the Times "purported to explain how the Taliban managed to 'outlast a superpower through nearly 19 years of grinding war,' without examining at all how the US contributed to reviving and sustaining the Taliban insurgency" by its preemptive war without end and occupation based on Big Lies.

What's most important to report about US wars, the Times and other establishment media suppress.

The Times defied reality claiming the US went to war in Afghanistan to "(s)et up a government, help it consolidate control, and wait for Afghans to reject the Taliban in favor of stability (sic)."

Ignored was wanting to exploit the country's vast resources, including by reestablishing it as the world's main source of heroin from opium production the Taliban largely eliminated in the 1990s.

The group's roots are left unexplained. They go back to CIA-recruited, armed and supported Mujahideen fighters against Afghanistan's Soviet occupiers in the 1980s.

Ronald Reagan called them "the moral equivalent of our founding fathers."

Today they're Taliban fighters, combating illegal US war and occupation of their country.

Their extremist ideology aside, they want their country back, US-led foreign invaders out.

Unlike Washington, they're not at war by choice. Hostilities would likely end if US forces left, along with its puppet regime with no legitimacy in Kabul.

Nearly two decades of war are all about the US wanting control over a nation not its own, its resources, and population, as well as wanting its territory used against Russia, China and Iran.

The US bears full responsibility for endless Central Asia war, related violence, chaos, and human deprivation from its destructive actions.

The same thing applies to all its war theaters. Instead of explaining what's vital to report, the Times and other establishment media glorify war in the name of peace the US abhors.

They pretend aggression and occupation are all about liberation, plunder considered economic development, imperial control portrayed as democracy building — a notion the US tolerates nowhere, notably not domestically.

Bashing US adversaries is another Times obsession, Russia a key target for most of the last century.

Last week and in follow-up reports, it manufactured the myth about a Russia-Taliban connection to kill US forces.

It's fake news Moscow, the Taliban, and the Pentagon debunked. The CIA stopped short of confirming it.

The only Russia connections to US war theaters involve combatting its terrorist proxies in Syria and diplomatic efforts toward ending wars Washington launched.

Virtually everything the Times reports on Afghanistan and other US war theaters amounts to state-approved propaganda, supplied by dark forces — focusing now on falsely blaming Russia for an anti-US Taliban connection no credible evidence supports.

The phony claim is more about bashing Trump than Moscow, the latest Russiagate Big Lie chapter, the Times still seething over Hillary's loss in 2016, wanting revenge.

It's supporting longtime dirty business as usual advocate Biden, a corporatist/warmonger/champion of privilege over populism for nearly half a century as US senator and vice president.

According to what an anonymous GOP insider told Fox News, he may drop out of the race before November if polls through summer suggest a landslide Biden triumph.

What Russiagate failed to achieve in 2016 may succeed at in November or sooner if Trump drops out to avoid an embarrassing defeat.