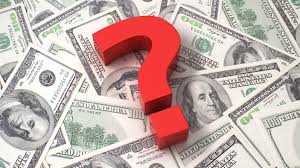 What Happens if Congress and the White House Let Unemployment Benefits Expire?

According to Labor Department figures, over 47 million US workers filed for unemployment benefit.

The true number is likely much higher as countless numbers of unemployed US workers haven't been able to file so far — many more to come as layoffs continue.

For 14 straight weeks, over a million Americans filed jobless claims, reflecting an unprecedented US economic crisis for working class people and their families, affecting the vast majority of the population.

Around one-third of filers have yet to receive benefits, according to Bloomberg News.

Over 100,000 small, medium-sized, and large companies filed for bankruptcy, most closing down permanently.

Chicago's Water Tower Place is one of the city's preemptive downtown shopping malls.

Reopened in mid-June, I entered the mall to run an errand on Thursday.

It was a virtual ghost town. Most shops remain closed. Anchor store Macy's was nearly empty from what I saw inside.

Most stores along Chicago's upscale Magnificent Mile remain boarded up, hotels either still closed or with minimal occupancies.

Few taxis are in sight. In normal times, they're queued at hotels, waiting for customers, or visible in large numbers on main streets.

Dismal conditions for working Americans are most concerning. Millions of jobs are permanently lost.

Josh Bivins is director of research at the Economic Policy Institute (EPI).

On June 26, he addressed the issue of soon to expire unemployment benefits for millions of US workers, ones who've gotten them, explaining the following:

Bivins: "UI benefits have kept the cutback in spending in closed sectors from leading more catastrophically to cutbacks in spending in other sectors," what's coming if not renewed.

UI benefits are a key source of "support for aggregate demand." Each dollar spent boosts the economy "by as much as $2."

The overall economic impact of UI is "relatively small" because the amount per recipient is "relatively stingy…or because eligibility criteria were stringent and only a small share of all unemployed workers received benefits."

Federal UI of $600 weekly added to state benefits have had a significant economic impact.

The last payment is coming the week ending July 25. If not renewed, millions of recipients will be unable to pay essential to life and welfare expenses.

Cutting it off will result in a "fiscal cliff," a "catastrophe" for dependent households at a time of mass unemployment not about to end any time soon, Bivins explained.

He urged extending benefits, "allow(ing) the amount…to phase down modestly over time as the unemployment rate falls and the economy begins" to stabilize and grow.

They prioritize benefitting the nation's privileged class, dismissive of public health and welfare.

According to economist Jason Furman in congressional testimony, maintaining federal UI payments of $600 weekly at least through Q III will boost GDP by 2.8%.

Bivins: "(L)etting this extra $600 in UI benefits expire at the end of July would by itself cause more job loss than was seen in either of the recessions of the early 1990s or early 2000s" — along with greater human deprivation.

He urges continued federal UI "over the next year…to (boost) aggregate demand, as new job openings are all but guaranteed to be fewer than jobless potential workers over that time, so any incentive effect in keeping workers from searching actively for work will not be the binding constraint on the economy's growth."

It's unclear if UI benefits will be extended. Republicans consider them a disincentive to work, an unacceptable notion at a time of unprecedented unemployment.

Polar opposite it true. Adding "(t)he best thing for workers is work, not unemployment" is true when jobs are available — not during the Greatest Depression in US history, today's dismal state of the nation.

Real US unemployment is around 34%, not the phony 13.4% BLS figure — according to economist John Williams, based the pre-1990 calculation model.

Q II GDP is expected to show the economy in collapse, contracting around 50% for the period.

The state of working America is dire, the prospect for near-term recovery virtually nonexistent.

Year 2020 and perhaps what follows will be remembered as the greatest ever transfer of wealth from ordinary Americans to corporate favorites and high-net-worth households.

What's going on was planned, not accidental. It's also all about letting dominant US corporate giants consolidate to greater size and market power.

America is an increasingly totalitarian plutocracy and autocracy, a fantasy democracy, never the real thing.

Hostile to governance of, by, and for everyone equitably, privileged interests alone are served, most others exploited so they benefit.

It's the American way!

Are Americans "Mad As Hell"?

Interview -- Brexit, Maxwell and the Coup Against the U.S.

Made in the USA COVID-19 Outbreaks Rising Exponentially