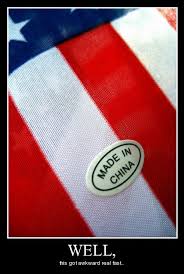 No nation poses a greater threat to humanity than the US.

It's no different under either right wing of the one-party state.

The rage for global dominance by the US ruling class threatens everyone everywhere.

If a way isn't found to stop the madness, humans one day may be the only species ever to destroy itself, and all other life forms with them.

Like the Clintons, Bush/Cheney, and Obama/Biden, Trump is a caricature of a leader — a failed businessman turned failed politician involved in wrecking the lives of ordinary people at home and abroad.

China is the main target of his rage, notably at a time economic collapse that caused unprecedented harm to ordinary Americans, an untenable situation — a greater main street Depression than in the 1930s.

Last week, Trump lashed out at China on the phony pretext of "protect(ing) American security and prosperity."

There's plenty of the former, none of the latter for the vast majority of Americans, exploited ordinary people, especially the nation's most disadvantaged, so privileged ones can benefit.

What Trump and hardliners surrounding him ignore is most important to explain.

Instead, they feature a litany of bald-faced Big Lies against nations unwilling to sacrifice their sovereign rights to US interests, notably China.

"For decades, they have ripped off the United States like no one has ever done before" — how the US operates globally, not China.

"Hundreds of billions of dollars a year were lost dealing with China" — utter rubbish by the nation's liar-in-chief.

Decades of offshoring US jobs to low-wage countries indeed hollowed out the nation's industrial base.

Transnational companies bear full responsibility, along with wrongheaded US policies that continue permitting this practice to go on, including under Trump.

There's nothing "fair" about his anti-China rage, about aiming to undermine its economic, industrial, and technological development so corporate America can benefit from unfair competition.

So-called US "national interests" are all about smashing and co-opting other nations to control them — brute force longstanding US policy.

Trump: "The world is now suffering as a result of the malfeasance of the Chinese government (sic)."

The world is suffering from US war on humanity, its hostility toward peace, stability, social justice, the rule of law, and other democratic values.

The misnamed "Wuhan virus" was made in a US biolab, a scheme to wreck economies by  lockdowns.

The ugly scheme is also about wanting everyone mass-vaxxed with hazardous to human health toxins.

They're being improperly developed, tested and rushed to market, risking what's known but unreported by establishment media.

They're likely to cause the disease they're supposed to protect against along with other illnesses.

The scourge the US unleashed months earlier already wrecked millions of lives, caused over six million coronavirus infections, and over 375,000 deaths worldwide.

Perhaps millions more of both are coming if another wave follows the first one, what's very possible, maybe likely this fall into next winter.

Outbreaks occurred in the US (Hawaii) and Europe (France and perhaps elsewhere on the continent) last year before cases in China.

Trump and regime hardliners pretend otherwise. Weeks earlier, Pompeo spilled the beans on COVID-19, saying "we are in a live exercise here to get this right."

Trump responded, saying "(y)ou should have let us know."

Last week, he formally cut off US funding to the WHO on the phony pretext of favoritism toward China — at a time of his regime's indifference toward US public health and welfare.

By far, China did the best job worldwide in containing COVID-19 outbreaks, the US the worst job by far — why its infections and deaths are far and away the largest numbers compared to other nations.

In his prepared remarks, Trump threatened to delist Chinese companies from trading on US financial markets that would have nothing to do with protecting the system if he follows through, just widening the breach between both countries.

He considers Chinese students "security risks," banning designated ones from entry into the US.

His remarks about China's new national security law were willfully and maliciously false.

Unacceptable policies against Beijing will be responded to appropriately in a way and at a time of its choosing.

Chinese imports of US soybeans and pork may be suspended or significantly reduced, according to reports.

US war on China by other means is hugely counterproductive. Already greatly damaging bilateral relations, it risks rupturing them and/or something worse.

Throughout his time in office, Trump proved his unfitness for any public post, clearly not the nation's highest.

Americans can expect no relief ahead if presumptive Dem nominee defeats him in November.

Both right wings of the one-party state are two sides of the same coin on major domestic and geopolitical issues mattering most.

A Biden presidency will be as recklessly dangerous and destructive to world peace and the public welfare as Trump's agenda.

It's why half the US electorate most often opts out. With nothing to vote for, why bother.