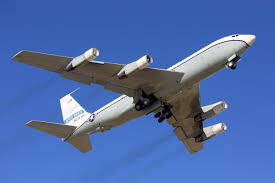 Throughout his time in office, Trump proved he's more a deal breaker than observer of international law, treaties and agreements.

He abandoned the landmark 1987 INF Treaty with Russia, the 2016 Security Council adopted JCPOA, the 2015 Paris Climate Agreement, and the 2016 Trans-Pacific Partnership, a latter positive move unlike his other unilateral pullouts.

He also withdrew from UNESCO and the UN Human Rights Council, threatened to leave the World Trade Organization, and suspended US funding to the WHO.

New START with Russia is next on his list to abandon, the nuclear arms control treaty expiring in February 2021.

Effective January 1, 2002, 34 European states, the US, and Russia adopted the Open Skies Treaty (OST), other nations welcomed to join.

After threatening to withdraw from the OST earlier, Trump on Thursday confirmed that he's abandoning the treaty, falsely saying:

"Russia didn't adhere to the treaty (sic), so until they adhere we will pull out…"

Russia "contribute(s) to military threats against the US and our allies and partners (sic)."

Fact: Russia threatens no other nations. It pursues cooperative relations with world community member states, at war against none.

Fact: The same reality is true about all nations on the US target list for regime change.

Fact: Since Truman preemptively attacked North Korea in June 1950, the US has been at war against one nation after another, along with waging war against many more countries by other means.

On Thursday, Pompeo said the Trump regime "will submit (formal) notice of its decision to withdraw from the" OST to other treaty signatories, the move effective six months from May 22.

The OST permits unarmed aerial surveillance over the entire territory of signatory countries.

It's a confidence-building measure to promote openness, letting treaty members get information on military forces and activities for national security reasons.

"None of the funds authorized to be appropriated by this Act…may be obligated or expended to carry out any activities to modify any United States aircraft for purposes of implementing the Open Skies Treaty" with Russia – until the president certifies to Congress that penalties have been imposed on the Kremlin for alleged treaty violations that don't exist.

The NDAA  prohibits US military cooperation with Russia indefinitely.

It falsely accused the Kremlin of annexing Crimea and failing to the implement Minsk I and II — ceasefire agreements to end US-supported Ukraine aggression against its own Donbass citizens in the country's southwest.

Annual NDAA measures have nothing to do with protecting the US from threats to its security. None exist.

They have everything to do with waging endless wars by hot and other means against sovereign nations the US wants transformed into vassal states.

Abandoning OST based on Big Lies moves the US a step closer toward rupturing relations with Russia.

"Let me draw your attention. It is the Russian side that has clear and long-formulated claims against the Americans as to (non)compliance with this agreement."

"And today, right now, we will reiterate these claims, these thorny issues."

"We described (them) in detail. In particular in February, we put together on our resources all the claims that we had, making them publicly available."

"These are far from all claims, but (are) the most evident."

"For example, we said that since 2017 the US has tightened its approaches to fulfilling this treaty in regard to Russia, and since January 2018, several restrictions have been imposed against our country."

"This (includes) the refusal to grant permission to depart from US rules of air traffic and norms of aviation security and changing special procedures for performing observation flights over the Hawaiian Islands by limiting maximum range of flights from Hickam airbase, and the refusal to allow overnight stops on mainland US and many other things."

The OPT "has a format of implementation. (It) has commitments of parties, which were confirmed on paper."

"In view of this, this public debate or public commentaries, mildly speaking, are not enough to draw conclusions on US plans."

"There are mechanisms of their implementation. Namely, there is a respective commission, where one can come and announce claims."

"There are also diplomatic channels, upon which we expect certain clarification of the US side in order to shape our attitude to their position."

"This is routinely and normally done by diplomats. I believe that after this we will formulate our approach."

The treaty aims to build and maintain transparency relating to arms control agreements — in the interest of world peace and stability.

In response to the Trump regime's Thursday announcement, Russia's envoy to the UN in Vienna Mikhail Ulyanov said the following:

"It is easier to break than to build. The treaty worked for two decades and ensured transparency, a higher level of trust on military issues in the transatlantic region."

"But the decision to leave, apparently, explains the US idea of a 'new era' of arms control. The 'new era' seems to mean no control."

It wants to operate unrestrained in developing and deploying weapons of mass destruction, the US perhaps intending to use them one day.

In December 2016, Popular Mechanics said thermo-nukes "are more than 3,000 times (more) powerful (than) the bomb dropped on Hiroshima."

The International Campaign to Abolish Nuclear Weapons (ICAN) is dedicated to the elimination of these WMDs before they eliminate us and all other life forms.