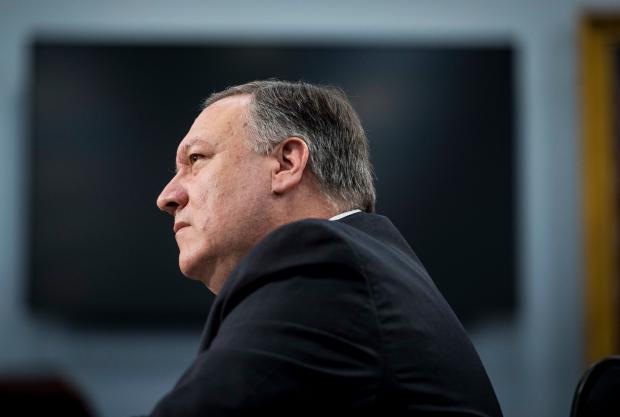 Time and again, Pompeo defends the indefensible, supporting wrong over right, instead of the other way around.

He matched Star Trek, going beyond where his predecessors went before — for ill, not good.

On Wednesday during a press briefing, he recited his usual litany of bald-faced Big Lies about nations unwilling to sacrifice their sovereign rights to US interests.

He falsely claim US military personnel worldwide are involved in protecting and preserving "the cause of freedom" — a notion both right wings of the US war party is hellbent to destroy at home and abroad.

Calling the US an "exceptional nation" defies its diabolical agenda, what's polar opposite virtually everything just societies hold dear.

China topped his list to unleash venom against, accusing its ruling authorities of being "brutal (and) authoritarian" — precisely how the US operates on a global scale, including at home.

China values cooperative relations with other countries worldwide, at war with none, threatening none — polar opposite how the US, NATO, and Israel operate, a global menace against peace, stability, and the rule of law.

Rogue state USA demands allies and adversaries bend to its will. Wars by hot and/or other means target ones retaining their sovereign independence like China, Russia, Iran, Syria, Venezuela, Cuba, and others.

Evidence one day may show what's most likely — that COVID-19 was made in the USA, unleashed on humanity to advance its imperial agenda, the rule of law ignored, the human cost considered irrelevant.

Pompeo pretended otherwise. Citing no evidence because none exists, he once again falsely blamed China for spreading the coronavirus worldwide.

He lied claiming Beijing threatened the WHO to serve its interests — a tactic the US uses time and again against nations, organizations, and individuals worldwide.

He lied claiming China failed to inform the world community of COVID-19 outbreaks after they occurred in late December.

Polar opposite is true. Lack of transparency and readiness for a known public health risk, cover-up, and indifference toward public health and welfare is how the US operates — the shame of the nation along with a whole lot more that disgraces itself on the world stage.

Far and away, China leads the world in combatting COVID-19. Pompeo falsely pretended otherwise — disgracefully blaming Beijing for enormous public health and economic damage to the US and other countries, what's clearly untrue.

China is aiding scores of nations contain coronavirus outbreaks. The Trump regime failed to help the American people. It's done little or nothing to help others worldwide.

Pompeo: "There is no country that remotely rivals what the United States has done to help combat this terrible virus (sic)."

Only followers of US propaganda media, along with Trump regime press briefings, can believe this and other Big Lies.

On the world stage, the US far and away has caused more misery to more people unrelentingly over a longer duration than any other nation in world history.

None ever remotely approached its destructiveness, its longstanding war on humanity at home and abroad, its rage against governance the way it should be.

Pompeo singled out sovereign independent Nicaragua for his venom, one of many nations on the US target list for regime change.

Citing no evidence because there is none, he claimed "bodies (are) being buried under cover of night," alleging cover-up of COVID-19 deaths, proving nothing.

Along with China, Pompeo directed his most hostile venom at nonbelligerent Iran — its government the US tried and failed to topple for over 40 years, still redoubtably resisting US aims to reestablish tyrannical control over the country, its vast hydrocarbon resources, and population it wants transformed into serfs.

Unlawful Trump regime sanctions on the Islamic Republic of Iran Shipping Lines became effective on June 8, Pompeo noted — failing to explain they have no legal standard under international maritime law.

Sanctioning Iranian shipping occurred last December based on a Big Lie claim that its vessels are used to "proliferat(e) weapons of mass destruction" — a US, NATO, Israeli specialty.

Other nations were given 180 days to find alternative shipping arrangements until June 8.

The country became more self-sufficient in response. So did Russia and China in combatting US war by other means.

Asked uncomfortable questions about the firing of State Department IG Stephen Linick for doing his job and US arms to the Saudi regime used for homeland repression and mass destruction and slaughter of Yemenis, he ended the Q & A and walked out.

Trump did the same thing, both figures unwilling to take heat about their reprehensible policies.

The Great US 2020 Wealth Transfer Heist

US Killer Cops Claim Another Victim