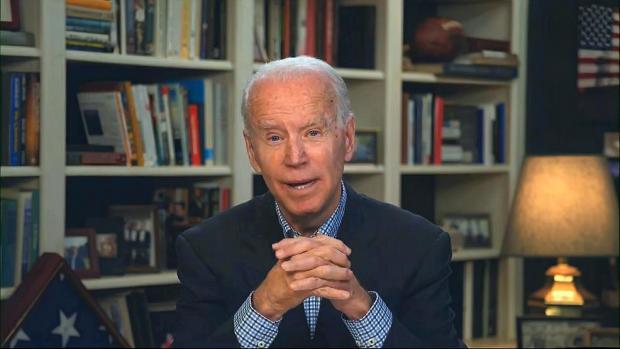 Biden and Trump and two sides of the same coin under different labels of the US war party — aka its anti-democratic money or property party.

Biden's senior foreign policy adviser Thomas Wright "sees (US) war and conflict with Beijing and Moscow as close to inevitable," Gareth Icke reported — a potential death wish if the US attacks either country able to hit back against aggressors as hard as they're struck.

US Cold War 2.0 has been ongoing against both countries for years. If turns hot, planet earth and all its life forms would be threatened like never before.

Like the vast majority of others in Washington, Biden one-sidedly supports Israel no matter how egregious its high crimes of war and against humanity, and why not.

As US senator and vice president, he fully supported all US wars of aggression against nations threatening no one.

As vice president when he met with close Netanyahu advisor Uzi Arad, he embraced him smiling and said:

"Just remember that I am your best f..king friend here." He once told Netanyahu:

"Bibi, I don't agree with a damn thing you say, but I love you."

As vice president, he was directly involved in withholding aid to the Palestinians.

Biden reportedly once said "(n)ever crucify your self on a small cross," his message clear.

Powerless Palestinians aren't worth devoting time and effort to helping, polar opposite true about Israel.

He once told Netanyahu  that "progress occurs in the Middle East when everyone knows there is simply no space between the United States and Israel."

He opposes virtually everything that could compromise the special relationship.

Despite publicly expressing opposition to Israeli settlement construction, privately it's another matter entirely.

If elected president in November, Biden will be as one-sided for Israel as Trump, based on his record.

Despite UN officials, world leaders in Russia, China, Venezuelan and Pakistan, along with US House and Senate members, calling for sanctions relief on Iran so its government can import medicines, related supplies and equipment to deal effectively with curbing COVID-19 outbreaks, and treat infected Iranians, Biden opposes the idea.

Asked by NBC News Meet the Press host Chuck Todd if as president he'd lift US sanctions on Iran under these conditions, he expressed opposition with the following remarks:

"I don't have enough information about the situation in Iran right now."

"There's a lot of speculation from my foreign policy team that they're in real trouble and they're lying."

"I would need more information to make that judgement. I don't have the national security information available."

There's no ambiguity about where Biden stands on Iran or the scale of COVID-19 outbreaks in the country, around 45,000 people infected through Monday, about 2,900 deaths.

Illegal US sanctions prevent Iran from handling the crisis with maximum effectiveness.

They're imposed in deference to Israel and because the US tolerates no governments in nations it doesn't control.

Iran and Venezuela are especially important for the US to dominate because of their enormous hydrocarbon resources.

Controlling them would give the US considerable leverage over which nations are allowed to buy them.

Biden supports the Trump regime's hardline anti-Iran policies. As president he'd likely not restore the JCPOA he may not have supported as vice president.

"The illegal blockade of Iran's financial resources by the sweeping US sanctions makes access to drugs and medical equipment impossible."

"This is leading to a humanitarian catastrophe. The American policy of maximum pressure hampers Iranian exports, while Iran has fewer and fewer sources of investment."

"Due to American threats, European medical equipment makers do not trade with Iran and do not sell us medical goods."

"This is the time when the global community must play its real role to make its loud voice be heard."

"The global community must come to its senses and help Iran in order to stop the economic, medical and drug terrorism" by the Trump regime.

"Although Iran is a country that has rich fossil reserves, including oil and gas, it does not have, thanks to the US-imposed sanctions, funding sources necessary to provide aid to the people who suffered from the coronavirus."

"From a legal point of view, such actions are not only terrorism against Iran, but also are a crime against humanity and the global community."

Nations refusing to help Iran and its people in this time of need are complicit with Trump regime crimes against humanity.